All Revved up!!…… (Bat out of hell review, with a quick stop at Burger and Lobster) 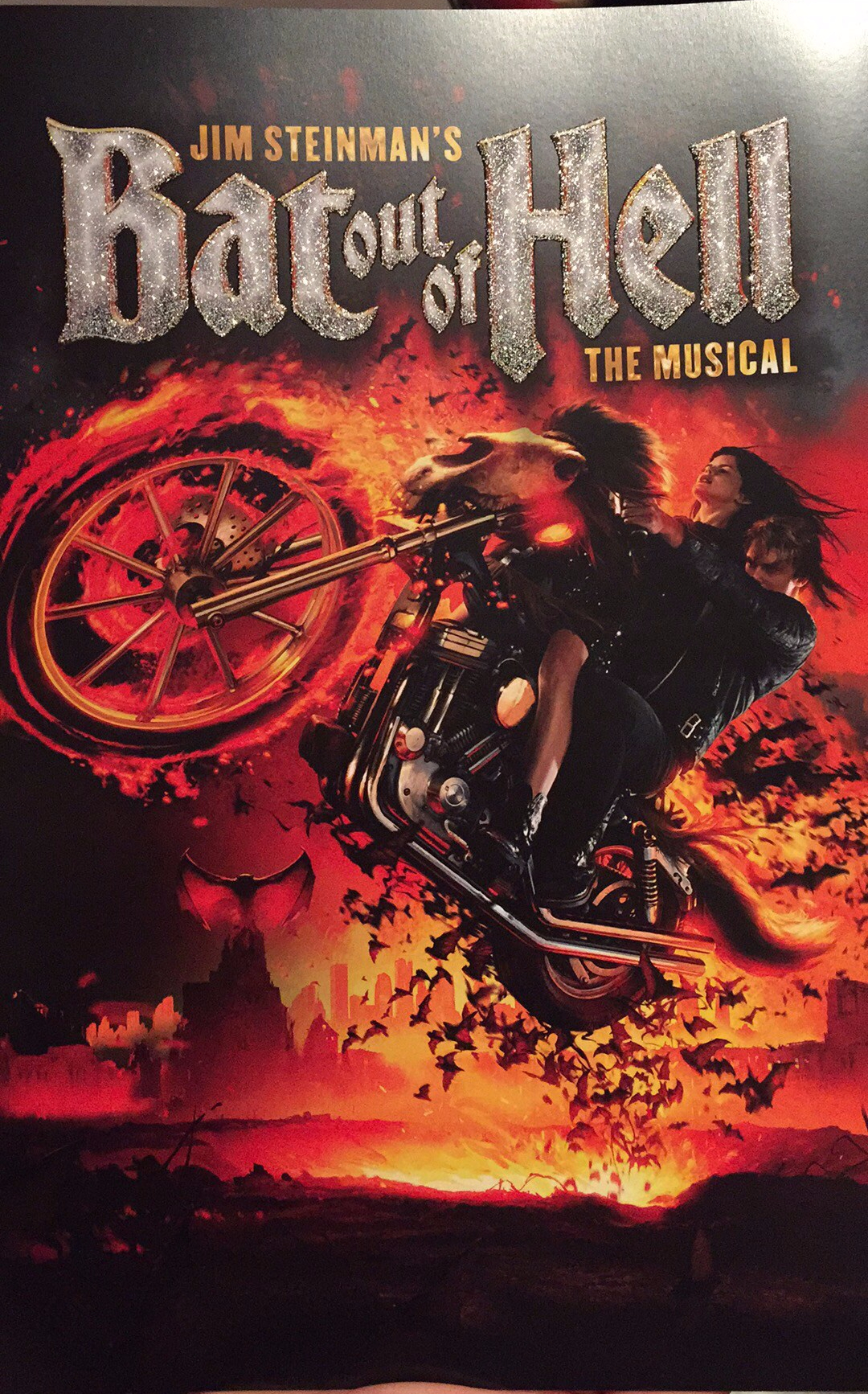 Today is my birthday!! (Happy Birthday to me!) And yes I’m excited (for presents) not being another year older.

I wear my birthday crown from the 1st of August and remind everyone daily that it is in fact my birthday (just to give them ample time to get out there and get me some presents!)
Luke has done many many amazing things for my birthday, and this year he told me he was taking me to London at the weekend (Saturday 12th) He wouldn’t tell me where or what we were doing but did send me a series of cryptic clues on Friday

The only one I got (eventually) was big smoke=London, although I never knew London was referred to as the big smoke!….

Luke does love to keep things a surprise and did not let anything out of the bag at all!…. And although of course I try to get him to tell me, I’m glad he never ruins the surprise no matter how much of a pain I am!!

First stop was…. Burger & Lobster in Soho!! Now I love eating in anyone of their restaurants, and when we visit London we always choose to eat here. Their Original Lobster Roll is one of the best I’ve ever had! If you have never eaten here before I definitely recommend it! The menu is very simple its either a choice of lobsters, lobster rolls or burgers and all dishes are served with fries and salad. We’ve eaten in some lovely posh restaurants before but for us Burger & Lobster wins every time. It has a very relaxed atmosphere and the vibe is always buzzing. I will link in the website here make sure you check them out!!

So now I’m full on my lobster roll, and still had no clue where we were heading next!! Luke walked me around different parts of London for a while and we stopped in a couple of Starbucks while he was trying to prolong the surprise!

We walked past a few theatres and I looked at the different shows that were on, not overly keen on seeing any of them! There was only ONE show I wanted to desperately see!….As we rounded the corner I saw the signs outside the theatre and couldn’t contain myself!!! BAT OUT OF HELL THE MUSICAL!! The only show I wanted to see!! Luke had managed to get us FRONT ROW TICKETS!!

I first saw a clip of this show on Britain’s got talent and instantly loved it and knew the whole show would be amazing. It’s currently on its world premiere tour which launched at Manchester opera house back in March and then went to London for only a short run from 10th June to 22nd August!! Before heading off to Toronto.

Now I won’t be giving any part of the show away except the storyline which you can read online anyway…..

Brief synopsis- The streets are heating up as young, rebellious leader Strat falls in love with Raven, the beautiful daughter of the most powerful man in post-apocalyptic Obsidian.
Originally written as a musical, BAT OUT OF HELL went on to become one of the most iconic and successful albums of all time.

This show is energetic and full on, with the most powerful and outstanding vocals I have ever heard on the West end stage!! Every single member of the cast owned it and from start to finish I was completely captivated and didn’t want the show to end!

I have always liked meat loaf’s songs so I was sitting in the front row singing along to all the classics like, dead ringer for love, I would do anything for love and of course Bat out of hell to name only a few! But I have to say even if you’re not a fan of Meat loafs music that should not stop you from going to this show. The story line and sheer talent alone are well worth the money not to mention the most incredible stage set which is like nothing I’ve ever seen!!

The pictures just do not do the set justice, but I was trying to sneak them so I couldn’t be too obvious!! But honestly it was insane!! As was the whole show and the audience I have to say were also on top form and having a great time!!

I am so jealous of anyone who now has tickets and will be off to see it within the next week or so!! You will have the best time, and will leave the show absolutely buzzing!! I’m still talking about it now and don’t think I’ve shut up about it if I’m honest!! Can I also just say how incredibly nice the cast are, I tweeted about the show after and I had quite few likes a few re-tweets and 2 direct reply’s which absolutely made my day!!

If you haven’t booked you only have a limited time to do so before it heads off to Toronto (and if you are reading this and living in Toronto you need to book this right now!) Catch it NOW by clicking here

Thank you guys and girls of the brilliant BAT OUT OF HELL the musical cast, I had the best time watching your show….. come back to London soon, and please can we have a cast recording soon!!!