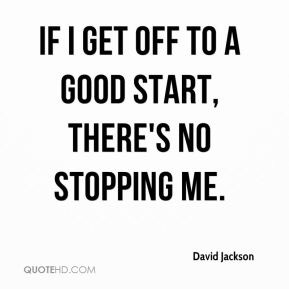 There is just no stopping me!….week 11! I’m still at it!!! With 5 months to go before the big and equally dreaded TOUGH MUDDER!!

This Actually this hasn’t been a great week for me (in terms of running) I managed only one run this week! And 2 work out classes, it’s better than nothing but I do need to get back into the 3 runs a week…. slacking a little bit! But I have had a crazy week! Catch up with friends, and birthday (not mine) celebration’s in London!! (Fully intend on doing a separate blog on that) so it’s fair to say I’ve had a active weekend, walking for miles and on and off tubes, but the running has been out on the back burner for now.

Okay starting with Monday, so clubbercise night, I had a little bit of a headache and wasn’t keen on going, but my sister was in high spirits and gave me a bit of motivation. So I got ready ate a banana and off I went!! Once I got into the routines I completely forgot I even had a headache and went on to burn a very agreeable 429 calories!…. well I’ll accept that! I must remind myself to put new batteries in the glow sticks as currently my sister and I only have one stick each that actually glows!, Although for some reason I always manage to switch mine on and off during the routines!…. anyway Monday done! Went home and tucked into some fruit and low fat yogurt too!

Tuesday I didn’t run!! Instead I met up with old friends, we don’t see each other as often as I’d like as we all lead pretty busy lives! But It’s great when we do get together and reminisce about the good old fun days!!

When I got to Wednesday I was actually really up for a run (no really I was!, I can’t believe it myself, but it’s true!) I was changed and out the door 18.15, okay I was a little put off to find that half of the village I live in and there dogs were out in full force, but it is a public playing field and with the nicer weather and lighter nights, it is I guess to be expected! Well I wasn’t going to back out now, although I was going to make a conscience effort to at least look like a pro when I was running, just so if anyone was actually watching they’d think that I was a serious runner (instead of dying inside with each step!.. dramatic much!!) Okay head in the game!…..I put my music on and off I went, oozing confidence (I think). Now I was going to try out the Nike app as I mentioned last week, but I hadn’t set it up, so for quickness I continued with the couch to 5k. I’m in a little bit of a rut with the fact that I am still only running for 20 minutes, but I don’t feel confident that I can do anymore than 20 for now, I’am hoping that by using the Nike app it will encourage me to push myself a bit further (or at least I hope it will!). Anyway back to the run….. which I think  I tackled head on, I needed this, and I needed to put maximum effort into it knowing that it would be my only run of the week! Well I’m proud to say I got my FIRST PERSONAL BEST!!!! I did a full 22 minutes, like I said there is just no stopping me! I’ve now set a new goal….. 22 minutes PLUS! I will get there, it might take me a while but I will definitely get there! Oh and FYI 195 calories is the most I have ever burnt on a run!!!!

My final work out of the week was of course Thursdays nights clubbercise! It was a hot and sweaty one to say the least! I am exhausted by the end of the class but my god I feel so good! And it’s an added bonus if I wake up the next morning a little achey, I know I’ve done good!! Totally forgot to change the glow stick batteries, so we still only have one glow stick each that actually works! And it’ll probably stay that way for another few weeks at least because I’ll forget all about it!!!.

Oh not bad on the calories either!!!!

Well that wraps up a very very short workout week! It’s not much but I still wanted to blog about what I had done. As I mentioned it’s my cousins birthday so myself and Luke along with my cousin and her fiancé are off to London to celebrate at the weekend. I know there will be a lot of walking, which is good as I won’t feel guilty about tucking into a Lobster roll, and no birthday is complete without some champagne and a few cocktails, but I’ll go easy on the in between snacks!!!. Hopefully we will be able to chat a little bit about her wedding next year, as I am her maid of honor!! Ridiculously excited about that!! Luckily I am a very good planner!!!

I’m off to pack now for the weekend, I’ll be back next week with another tough mudder blog, who knows I might have a new PB!!!