Couch to 5k…. who invented this app! (My tough mudder journey) 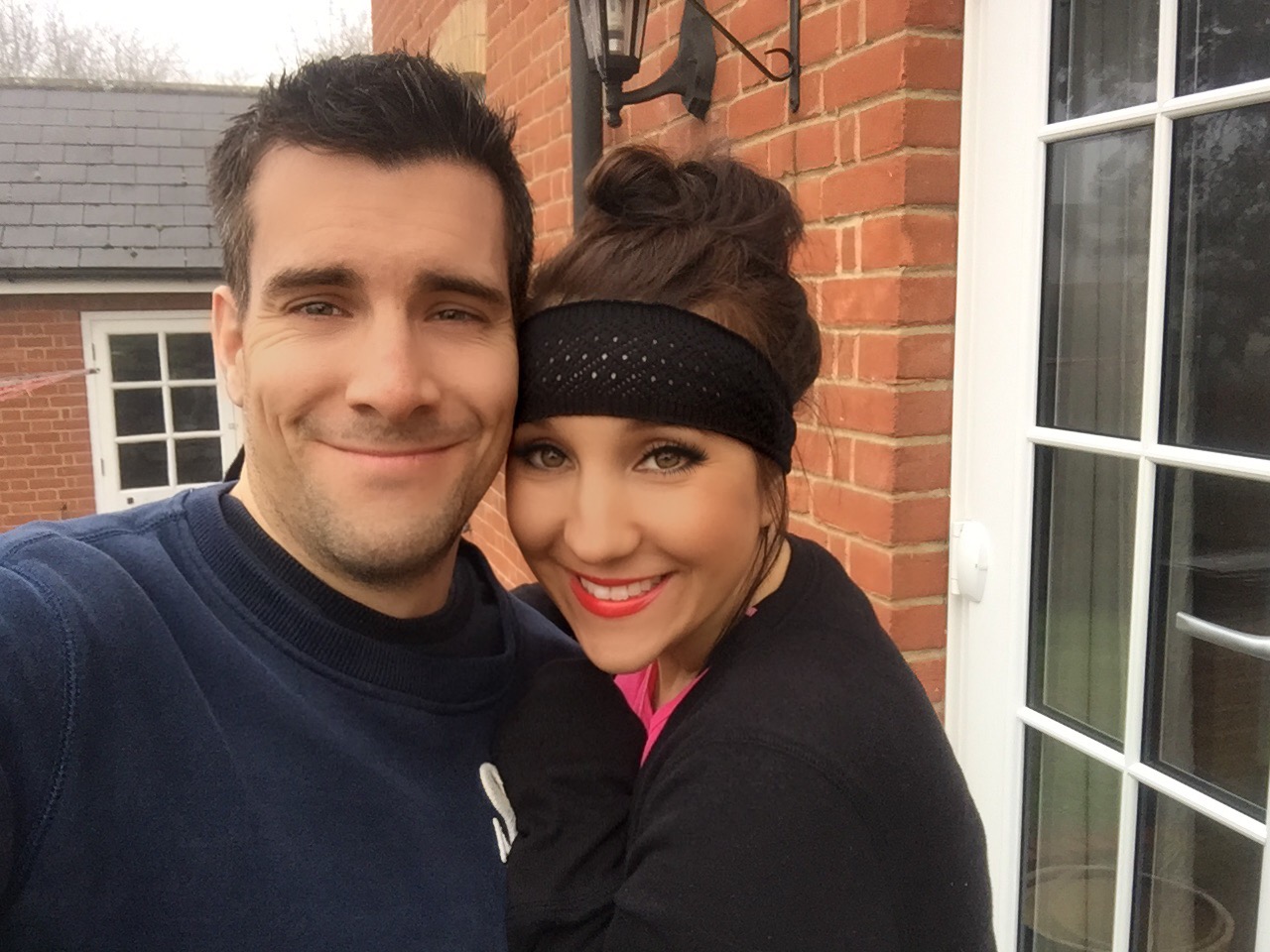 So here I am back with my 3rd blog on my tough mudder journey! I have to say blogging about my journey is actually helping as I know I need to get out and do something in order to actually have something to write about!

So here we are week 3! I ended week 2 on a bit of a low so decided I would go into week 3 with a positive mental attitude! (I can so do this, don’t be disheartened, your better than you think etc etc usual pep talk) and well I have to say it started pretty well, nice healthy homemade salad for lunch on Monday followed by clubbercise in the evening where I burnt….(drum roll)….371 calories!!!! Pretty good I think (proof pictured below) 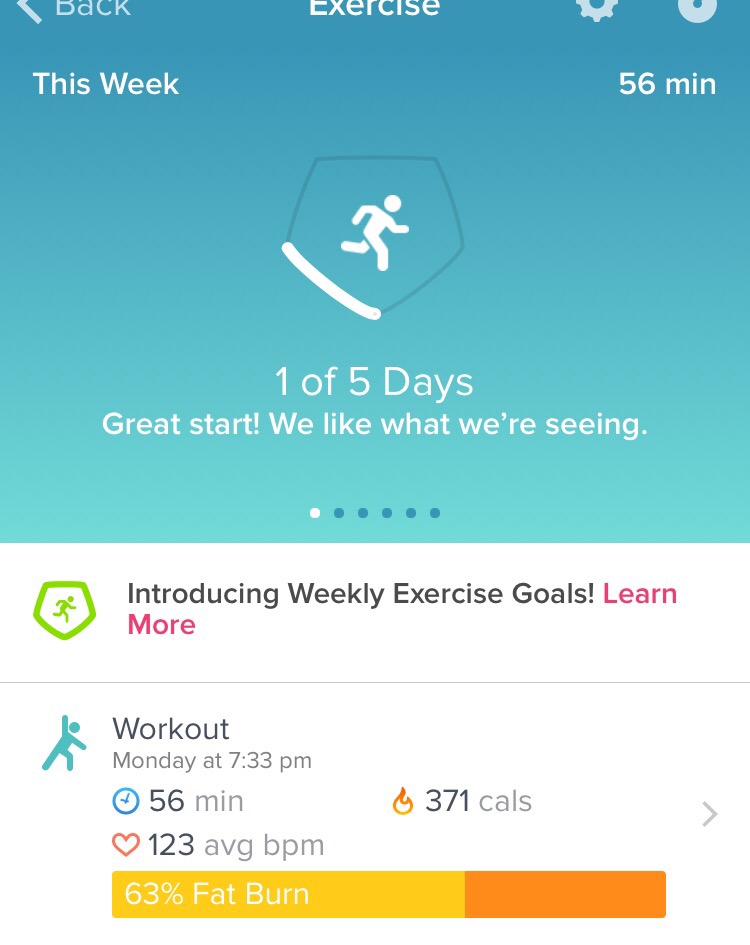 I also smashed my 10,ooo step challenge too!….. yeah I’ve definitely got this! 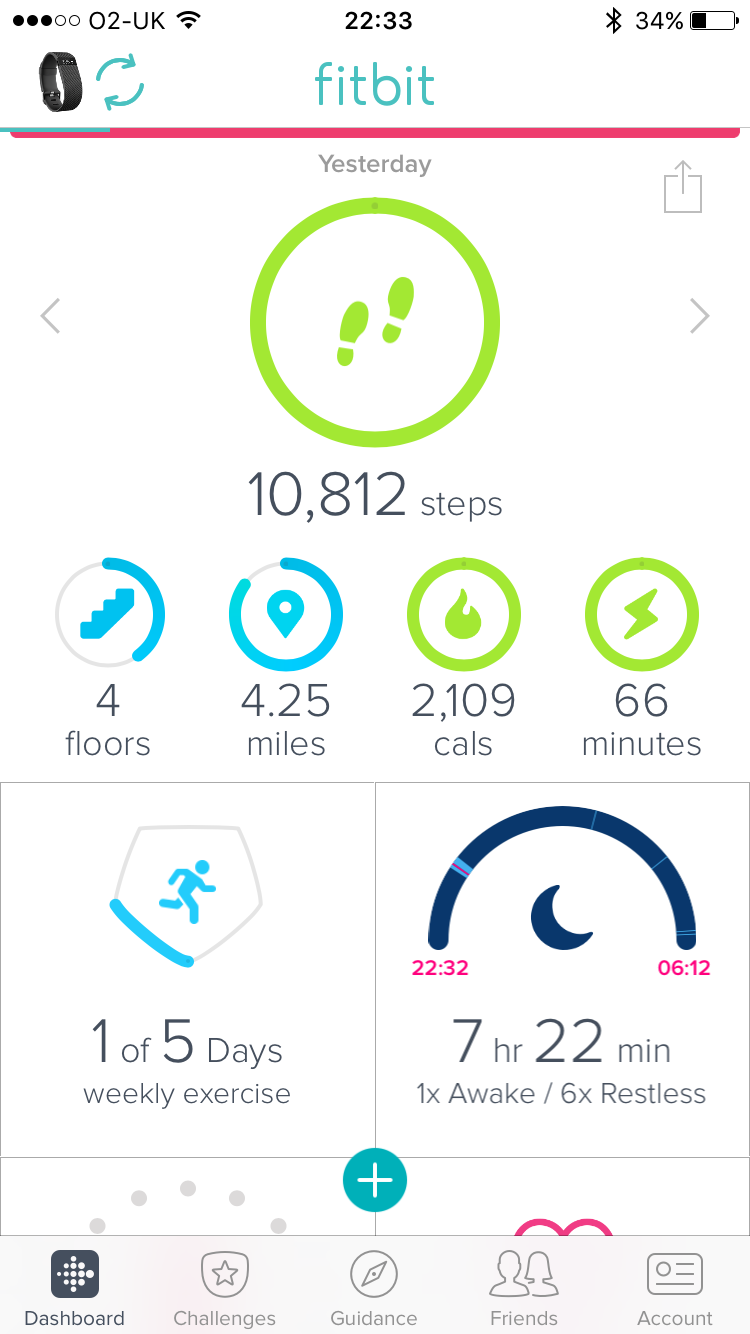 So moving onto Tuesday….will I still have a positive mindset…. well the answer was YES! I was pretty shocked by this too but strangely I was feeling just as positive on Tuesday. Okay, so the first night of couch to 5k of the week(which I did with my sister) now consisted of 2x 2-minute runs and 2x 3 minute runs with walks in between and the usual warm-up and warm down. As I mentioned in my previous blogs I head up to the playing field to run circuits as there’s no one about and I can just get on with it. Tuesday night was really frosty actually it was freezing! But I’m pretty determined so didn’t let the minus 1 temperature stop me!!!! 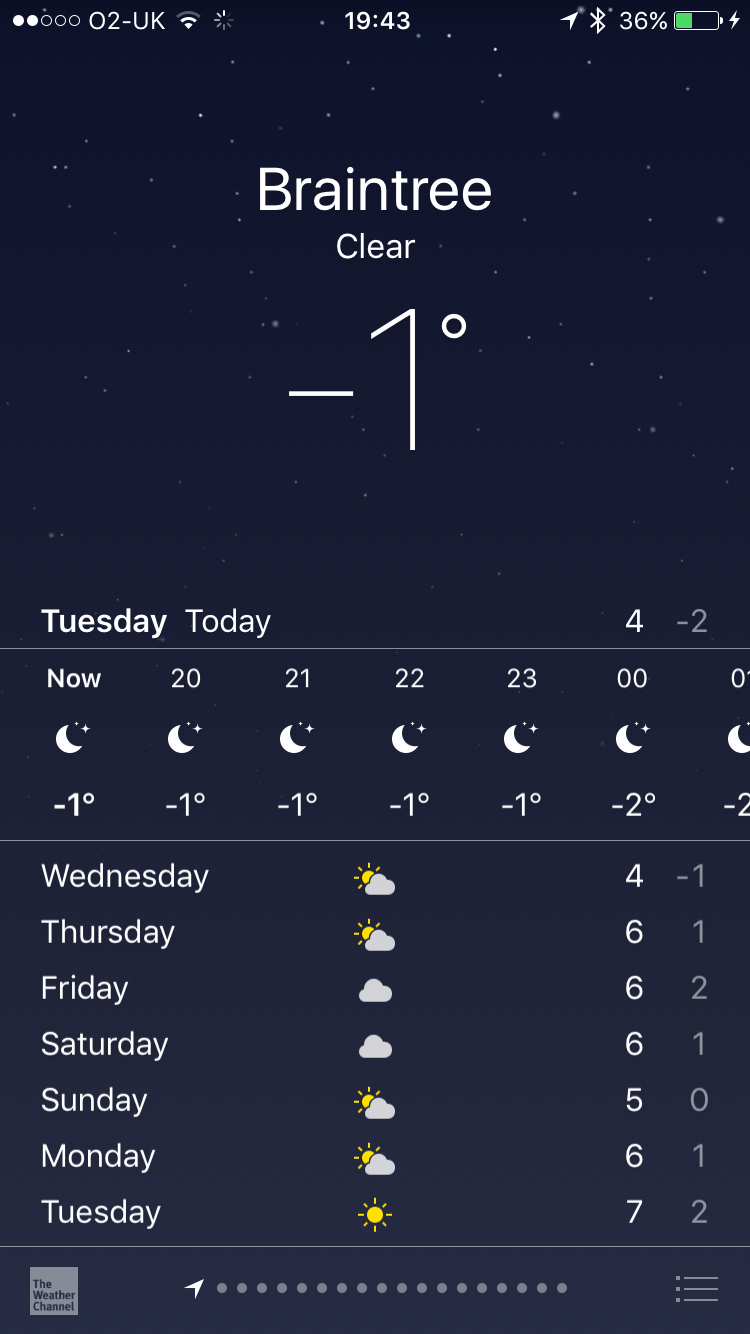 So the grass was harder which was so much better for me to run on than the usual grass which tends to be a bit mushy, so I felt it was actually easier than usual (for the first lap anyway!) not going to lie as I hit the final 3 minutes run my sister pointed out that she actually power walks the same pace that I run/jog…. which is true but I put it down to the fact that she’s taller than me and therefore has longer legs!…..and I’m sticking with that theory!. I managed to burn a total of 199 calories (again I’m not going to lie, I was actually calculating in my head how many celebrations I could now eat when I got home!) luckily I resisted temptation. So I felt pretty good Tuesday evening I ate a salad and low-fat mushroom risotto, had a chat with the cousin about her 30th birthday then started on plans for my boyfriend’s impending birthday in April (I like to be organised) that still gave me a bit of time before bed to read my book ‘behind closed doors’ which FYI is amazing!!…. well worth a read if you like a good thriller (thanks to my mum for recommending it).

By Wednesday night I was not feeling so motivated at all and then my boyfriend called me to say he was going to be late, which meant I was running solo (sad face??) the temptation to give it a miss was huge, but knowing how rubbish I felt at the end of last week I was determined to do better this week, plus it’s in my best interest to do this or I will be the last one over the finish line come august, 19th my tough mudder date! So I reluctantly got ready and headed off to the playing field. As I mentioned I already wasn’t motivated to do the 3-minute runs I thought I would be doing so imagine my horror when I saw this …….. 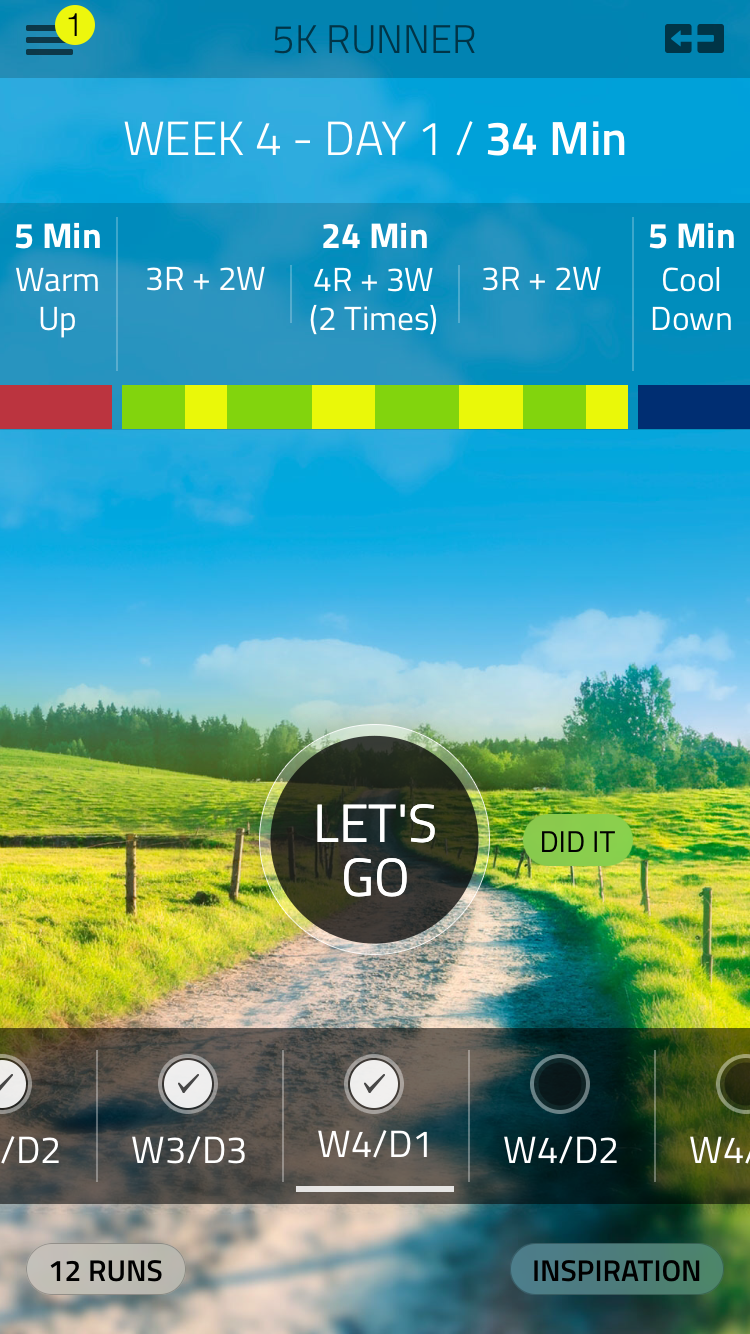 2 lots of 4 minute runs!!! Like are you kidding me!! I struggled with 3-minute runs (who am I kidding I struggled with 1.5 minute runs so this is just crazy!!) my heart sank, but I knew I had to do it! So 5-minute warm-up walk-standard-went well not a problem, first 3-minute run…. okay totally got this…. did okay, but was happy when I heard the voice on the app to tell me to walk (she didn’t have to ask twice) so then come the ‘biggie’ 4 whole minutes of running….. naturally I started off fairly strong for the first 2 minutes but after that point, my legs started to feel like jelly and I got a stitch! (Not great) at this point, I tried to picture my self in different situations like I was just ending a marathon and I had a crowd of people cheering me on, or I was running towards the finishing line of tough mudder…. literally anything to get me through these two minutes! when I heard the beep from my app and a voice telling me to walk I could’ve collapsed with relief (I didn’t though) but oh my god was I grateful for the 3-minute walk that followed. No sooner had I just begun to get my breath back it was time for another 4 minutes of running, this time I didn’t even start off strong! My legs were pure jelly and I couldn’t feel my toes due to it being so cold, at this point the urge to just give up early and head home for a nice hot shower was overwhelming…. but I had made a promise to Luke (my boyfriend) that I wouldn’t give up and well a promise is a promise. I was nearly in tears by the end of the 30 minutes and felt exhausted! I really don’t think the cold weather helps either!, but when I heard that voice on my app say I had finished another session I was so proud of myself! I mean I’m the girl who doesn’t run…. ever! and if anyone had ever told me that I would be running in minus 1 conditions I would have laughed at them! But here I am doing it, that’s an achievement in its self right? So I should feel proud. Nothing felt as good as getting into a warm car with heated seats for the drive home and then the shower that followed!! It was a pretty good reward for me ? (if I really can’t have chocolate).

Thursdays I just love as it’s once again clubbercise time, plus I love that It’s something my sister and I do together it’s like our bonding time (bonding over-exercise, who’d of thought it!) it was such a hot sweaty session and I had good calorie burn too. 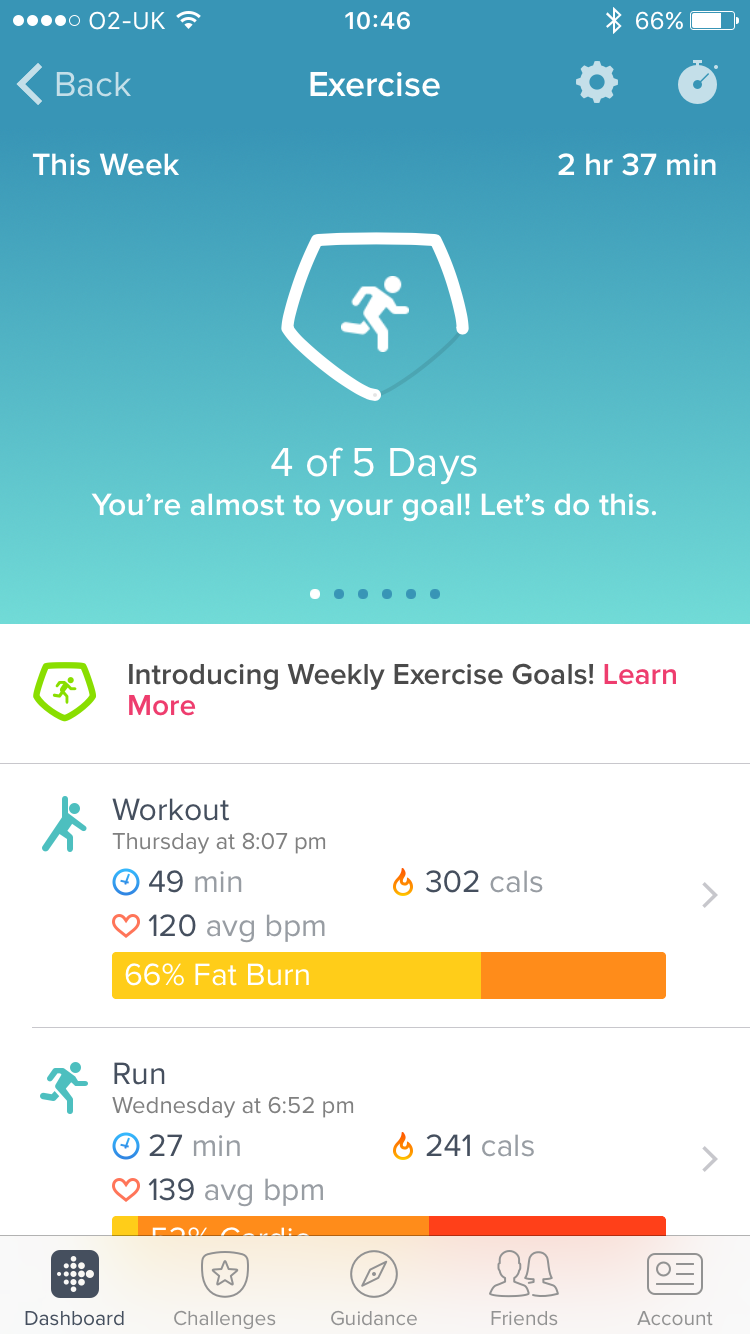 Because this is a very honest blog, I will hold my hands up and say that Friday I had no session what so ever, in my defence my calves were hurting a bit and I didn’t want to overdo it, alright that is a lame excuse!, the truth is it got to Friday and the thought of heading out for a run by myself was so unappealing I decided on a movie and a chill-out) I’m happy to say though that I did eat extremely healthy and between my boyfriend and I decided to run on Saturday instead.

I actually just wanted to give a brief overview on the couch to 5k app so far, so the basics of it are running 3 times a week and following the app’s guidelines i.e. gradual build-up I should be able to run 5k in 8 weeks time. Now at the moment that doesn’t seem likely,  I’m okay with the short times because I know at most it’s 4 minutes and the end is near, but 30 minutes is a whole other story! As for the app it’s self (apart from being pure evil) I quite like it, you can play music and the beeps and voice will still cut in at the correct times, and I like the gradual build-up as opposed to if I decided to start up running by myself I’d just run for a few minutes get a stitch and give up! using the app I find more encouraging and motivating.

So it’s Saturday! Which also means it’s my final run of the week! Feeling very HAPPY!!!! 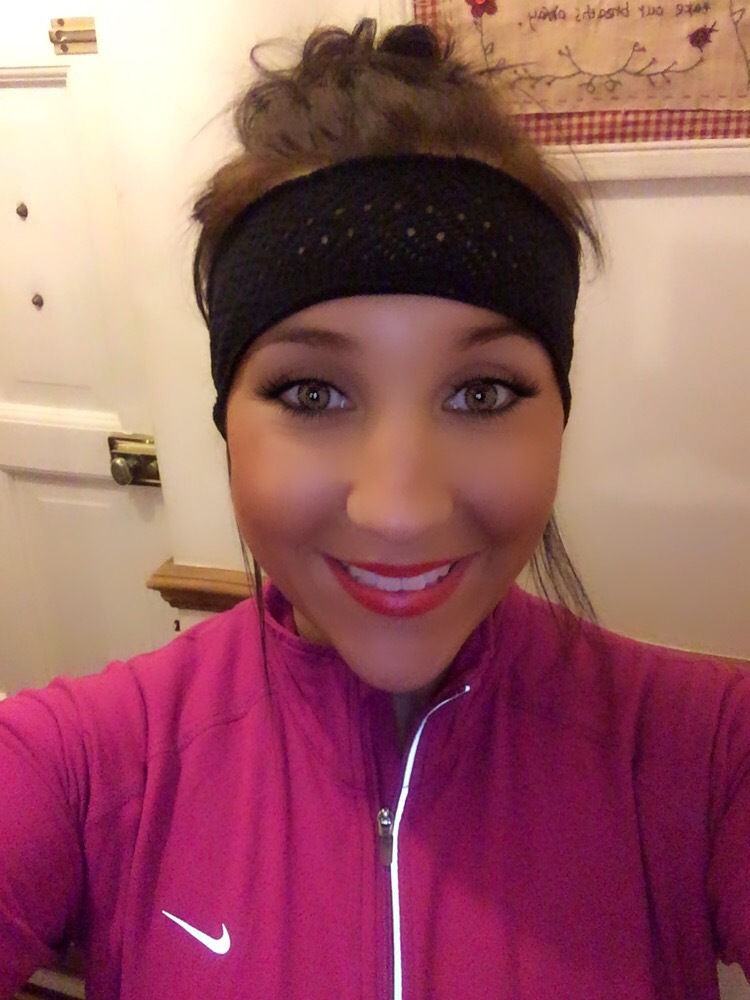 Capturing the happy moment with a #selfie!!

We decided to do a late evening run at 5:15 pm, again the temperature was minus 1 tonight (picture proof) 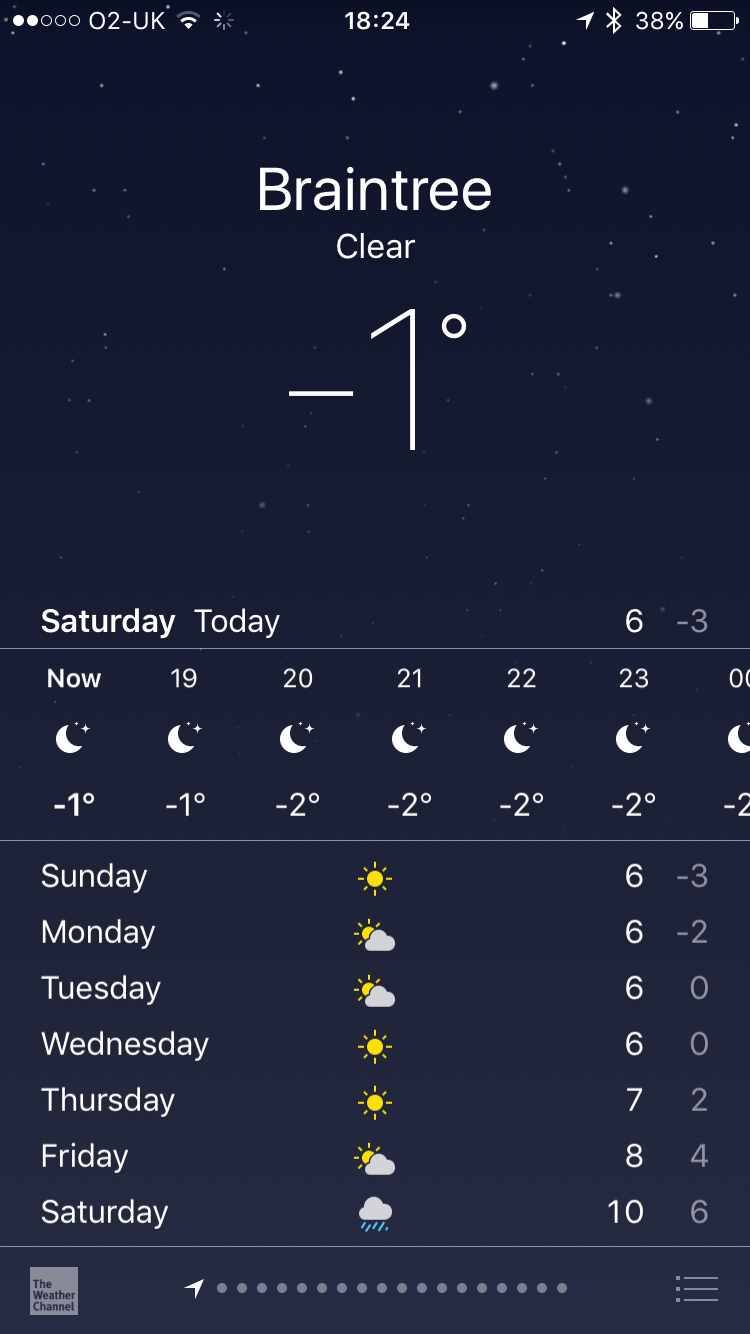 I must be crazy to run in these conditions

Tonight we headed to up to Luke’s (my boyfriend’s) field so we could again do laps. Now firstly I wasn’t impressed to open my couch to 5k app to see this 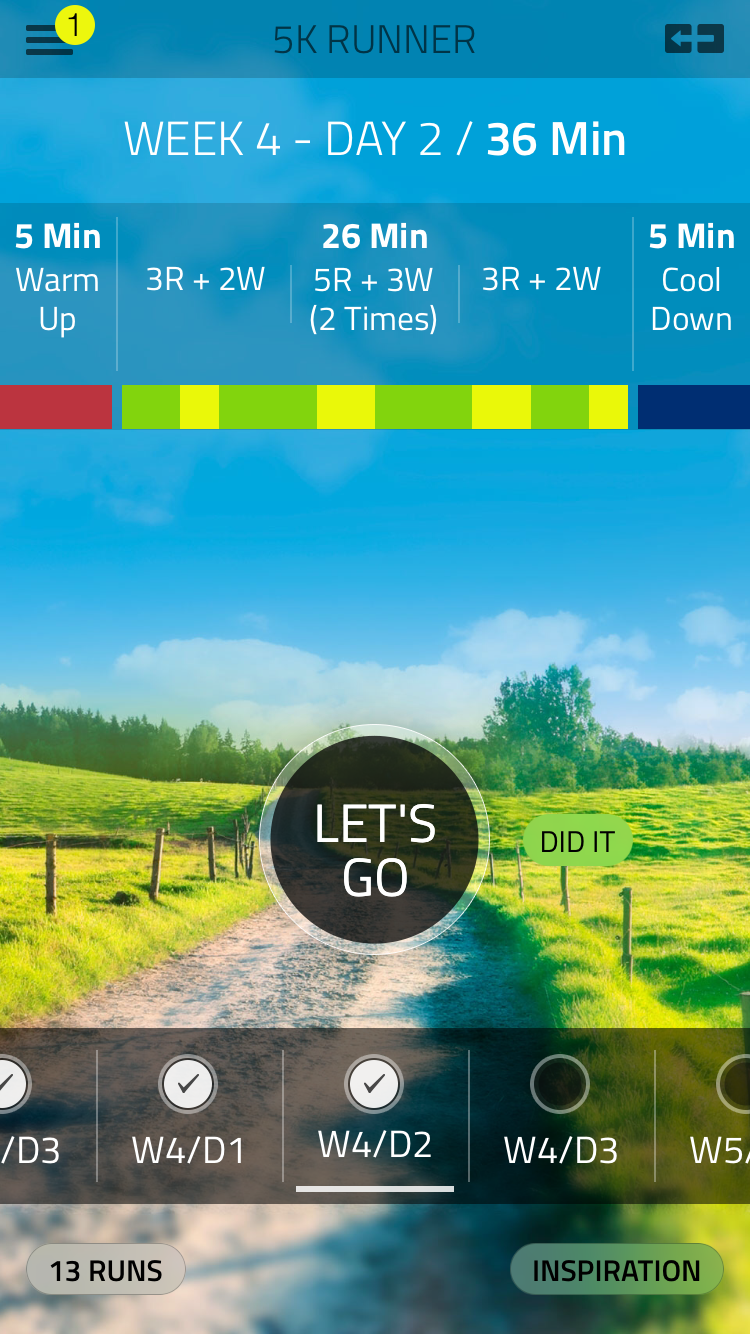 2 lots of 5 minute runs, are you kidding me!! I thought 4 minute runs were bad enough how am I going to manage 5!! Well answer to that is not very well!….. okay so the first 3-minute run was pretty hard going but I made it through just when it was time for the first 5-minute run I was already at a pretty slow pace, I’m not sure if partly the reason for this was because the ground was very uneven and therefore I wasn’t very sure-footed, or the other plausible explanation (and probably the one that rings the most truth) is that I’m pretty crap at running and really all I do is a jog with exaggerated arm movements (total despair face?) Luke pretty confirmed this and reiterated what my sister had in fact told me on Tuesday when he started to WALK next to me while I was in fact running (or whatever it is I actually do). By the end of the first 5-minute run, I was feeling really annoyed at myself, it is after all only 1 minute more than I had done previously but that 1 minute feels like so much more, it feels like it’s never going to end! By the time it comes round to my second and final 5 minutes run my calves felt like they were on fire! and I could barely lift my legs, and I will hold my hands up and say I was at my slowest pace yet! It’s quite possible a tortoise would’ve overtaken me (I’m exaggerating, but it probably wouldn’t have been that far behind me) I really really did at this point feel like giving up, and if I hadn’t of seen Luke watching I would have stopped and walked. Finally, the ordeal was nearly over and I managed to the final 3-minute run and cool down, but I can safely say that since I started this, tonight has been the hardest and the worst I have done. I think the app should have let me do a few more 4 minutes runs before adding on an extra minute because I’m not ready for that!!!

So as I come to the end of another week and another tough mudder journey blog I don’t feel as down as I did at the end of last week, but I know I have to do so much better! I mean working my way up to run 5k is one thing but this tough mudder course is 12k! But one step at a time right!….(baby steps).

Oh and before I go just look at this gorgeous sunset I captured while running tonight (I did pause the app while taking this so I didn’t cheat, honest) 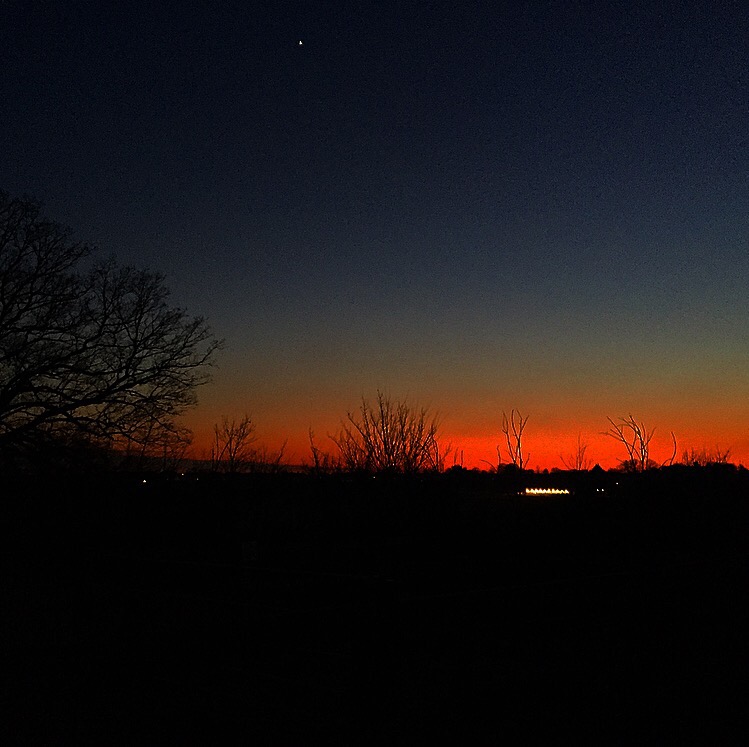 Well that’s me done until next week, littlemisskeepingitreal ?