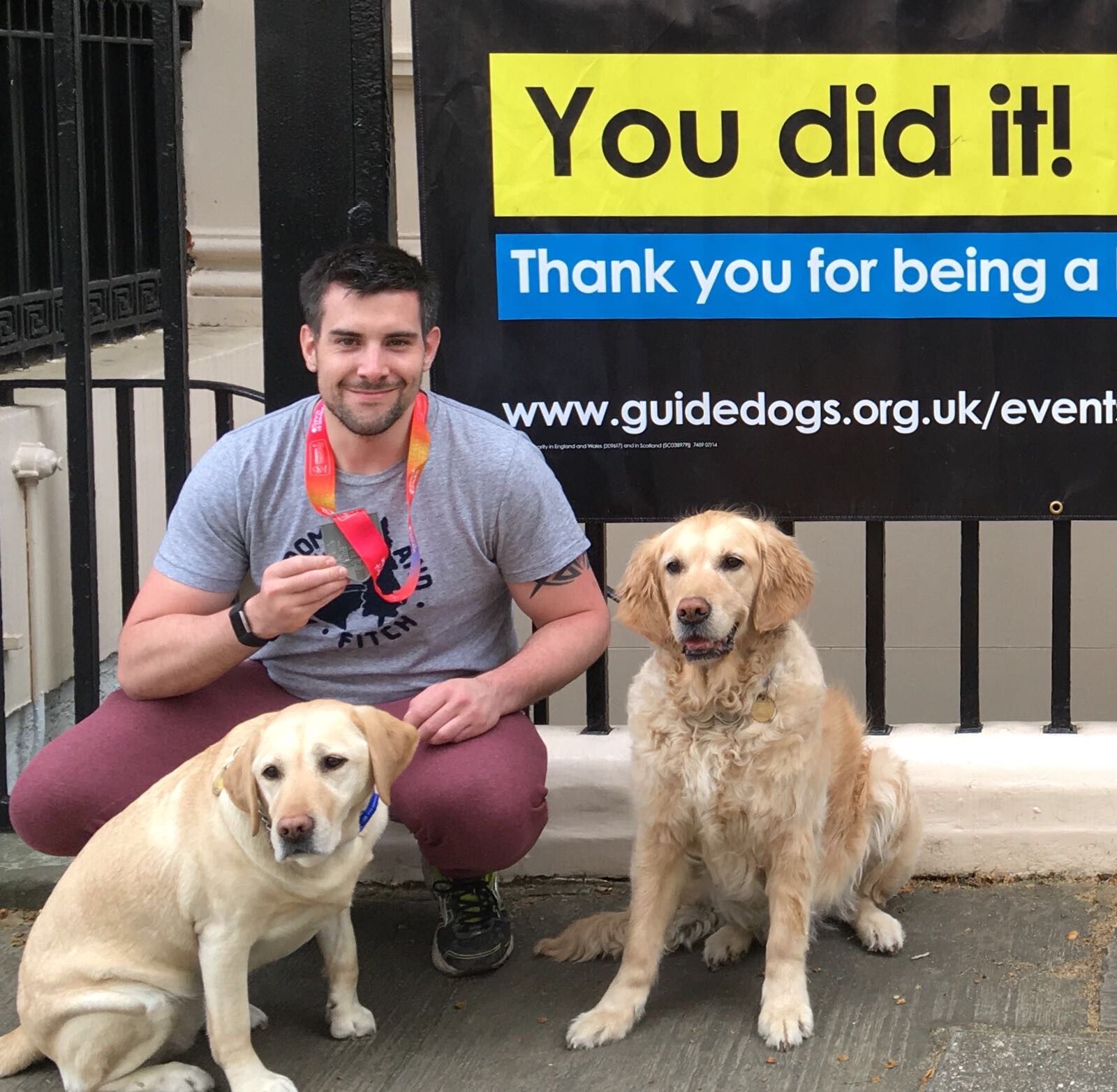 22/04/2018 The day when I watched my amazing boyfriend take on his first London Marathon. It was the hottest marathon on record, with temperature’s hitting 24 degrees. Not ideal for the 26.2 miles course!

THE London Marathon is one of the top distance running events of the year – for pros and amateurs alike and takes place every year.

The first London Marathon was held on 29 March 1981, more than 20,000 applied to run. 6,747 were accepted and 6,255 crossed the finish line on Constitution Hill. The Marathon’s popularity has steadily grown since then and yesterday more than 40,000 (plus) runners lined up to take on the 2018 marathon!

As a fundraising event, there is no race in the world that comes close to the London Marathon.

An iconic image of the event is the thousands of runners traipsing the streets to raise money for charity, many in fancy dress, hoping to stand out as a rhino, football mascot, giant tree, escaped convict or some other fancy dress.

More than three quarters of competitors now run for a good cause and a third of all entry places are offered by charitable organisations. My boyfriend Luke was running in aid of guide dogs UK -Click HERE ?? https://uk.virginmoneygiving.com/fundraiser-display/showROFundraiserPage?userUrl=kendal-761728-qvt&pageUrl=1 to read his story.

Even though as I previously mentioned the London marathon takes place in the UK every year, I have never actually sat down and watched it, it was something that I guess never really interested me all that much. This year was of course a different story altogether, I was going to actually be there in London watching the whole event unfold live!

Luke’s family are so proud of him and his many achievements (11 Tough Mudder and 2 Spartans not to mention climbing Mount Snowdon) and would never miss out on an opportunity to support him. Luke had a small army of supporters which included his mum, dad and 2 sisters, as well as myself with my mum and sister and her boyfriend plus 2 family friends who all traveled up to London to give him all our support.

It was a very early start to a Sunday morning, I was up at 04.45am and out of the door by 06.20am! Heading to our meeting point in Stratford London where we would meet up with Luke and the other Kendal’s!

With all roads closed for the day the only way to get around London was by public transport. London Underground, London Overground and the Docklands Light Railway (DLR) all laid on extra services on Race Day, and this was by far the best way to get around albeit very very overcrowded.

Before setting off, we needed to prepare – spectating of course wasn’t going to be quite as tough as marathon training but it still needed some thought as we wanted to see Luke, and not miss him!! We had worked out that we wanted to see him at mile 3, 12 and 16 or 18 the rest of the time would be spent getting from one place to another! As a spectator I covered 8.74 miles, did 22,280 steps and burnt 2541 calories! Not bad for the old diet I’m on! Luckily I made sure to wear comfy attire- Jeans, t-shirt, and of course CONVERSE! Wish I’d thought to wear those around Disney last year. The rule is dress for comfort not to impress!

Each runner is given a chip before hand so you as a spectator can track your loved one on the official London Marathon app, unfortunately due to the high volume of people using the app it wasn’t always accurate.

I did just manage to see Luke at mile 3 and even better than that at mile 12 he stopped for a quick cheeky kiss, which absolutely made my day.

London on marathon day is extremely busy and unfortunately we were not able to see Luke again until the end as there was a good 20-30 minute wait to get into one of the tube stations that would take up to the next spectator point.

I literally couldn’t wait to see Luke, and as he was running for Guide dogs UK we were lucky enough to be able to go to where Luke would be bought when he had finished the race and wait for him.

I was so unbelievably proud when I saw him come round the corner, all sweaty wearing his medal with pride! What an incredible achievement! The sweat really didn’t matter to me I still went in for the kiss!!

Luke completed his London Marathon in 5 hours and 23 minuets which I have to say I think is something to be very proud of! He has also so far raised £2,036.00 for Guide Dogs UK but there is still time to donate which you can do so by clicking HERE

Being at the 2018 London Marathon was a very humbling experience, not only seeing amazing ordinary people all doing their bit for charity, but also seeing people from all different backgrounds and all different abilities. It was far more emotional than I had ever expected, and I found myself wiping away a few tears at certain points. The crowds were equally brilliant and the buzz and vibe throughout the whole day was pretty awesome.

I have never been so proud of someone as I am of Luke, he quite literally is my hero!

A massive well done to Luke and all 40000 runners (including Jess) that took on the hottest marathon on record ever! I take my hat off to you all.