Long Weekends are certainly NOT for exercising (My Tough Mudder Journey)

WEEK 20!!!! I am on week 20 of my Tough Mudder journey and I’m still moaning about it!!! It’s getting much harder with the change in weather! Don’t get me wrong this beautiful weather we’re having here is amazing, it finally feels like summer after all the cold weather we’ve had! But I am not a girl who was designed to run in the heat!!! I’m worn out before I get to the end of my drive and from then on the struggle is REAL!!!

It’s been another lazy(ish) week for, but better than last week that’s for sure!!

Monday, Tuesday AND THURSDAY! (No class for me this week) I’m just going to write off, let’s just say I was in wind down mode for the bank holiday (that’s my excuse and I shall be sticking to it!)

So it got to Wednesday and I hadn’t done anything, and honestly I wasn’t planning on doing anything either! But Luke managed to persuade me, he gave me the “your only making it harder on yourself, by not running” talk. To be fair I knew he was right, and since I’d stopped running three times a week I had noticed a significant change in my ability to run. So I got changed and off I went….. on my own!! Now I hate running on my own, I find it hard to motivate myself and get going, and even though Luke goes off without me, I just like knowing he’s there not too far away! So tonight as well as being ridiculously hot, I was also running solo!! At first I thought to myself that I would try to run a full mile, then about 3 minutes into it, I decided that a small loop (roughly about 10 minutes) was all I could manage!! And it’s like I always tell myself……

So with that in mind I didn’t feel too bad!! I made it home just before Luke did, which gave me a few minutes to compose myself! I looked like one sweaty mess!!!! So attractive!!!

Moving swiftly on to Friday!!! (The bank holiday weekend is nearly here) and of course Friday only means one thing…. it’s run night!!! Another ridiculously hot day and I wasn’t really in the mood for a run (like when am I in the mood for a run?!) I had made my mind up earlier on during the day that I would not be doing a 2 mile run, and instead settled for a mile. Luke tried to persuade me to go the extra mile, but tonight I wasn’t budging, and sticking firmly to my guns!! So the first thing I noticed when we started our run was how many of those little flies were about, I had 2 stick to my lip gloss in the first 3 minutes! I then must have swallowed one because I then choked on something, which then made my eyes start watering, which then meant that A) my vision was impaired and B) my left eyelash stared coming unstuck!!!!! So now my mind wasn’t even on the run, it was on the fact that I didn’t want to lose my eyelash!!!! Can I also just say that this all happened within the first 5 minutes of my run (off to a great start!)

Luke obviously noted my struggle and had chosen another route for us to do, which would miss out the steep incline (which I have named Everest) and take us up a slightly less steep incline, which to be fair I tackled a lot better! Not to say that I was struggling because I was, but not as much as I did the week before when I almost gave up! I’m finding running in the heat extremely difficult, and we’re only in May! So I know for a fact it’s going to get worse as we head into summer which I am dreading!!!!!

Anyways I was SO happy to finally be on the home stretch of my Friday night run, I’m proud for getting out there and doing it, but I know I need to up my game! The best thing about finishing a run is running down the drive to my house and seeing Luke standing there perfectly composed like he’s just been for a stroll in the park…. But what’s even better is the big cuddle I get at the end of my runs! They are so worth the pain and torture.

And we sure did have a great one, okay so the rain on Saturday did throw our plans out a little bit, but it all worked out in the end. 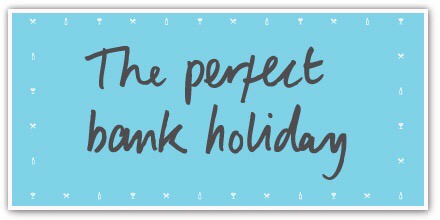 Included in this bank holiday was hanging out with the little gorgeous Amelia and Luke’s lovely sister Charlotte with a picnic in the park. 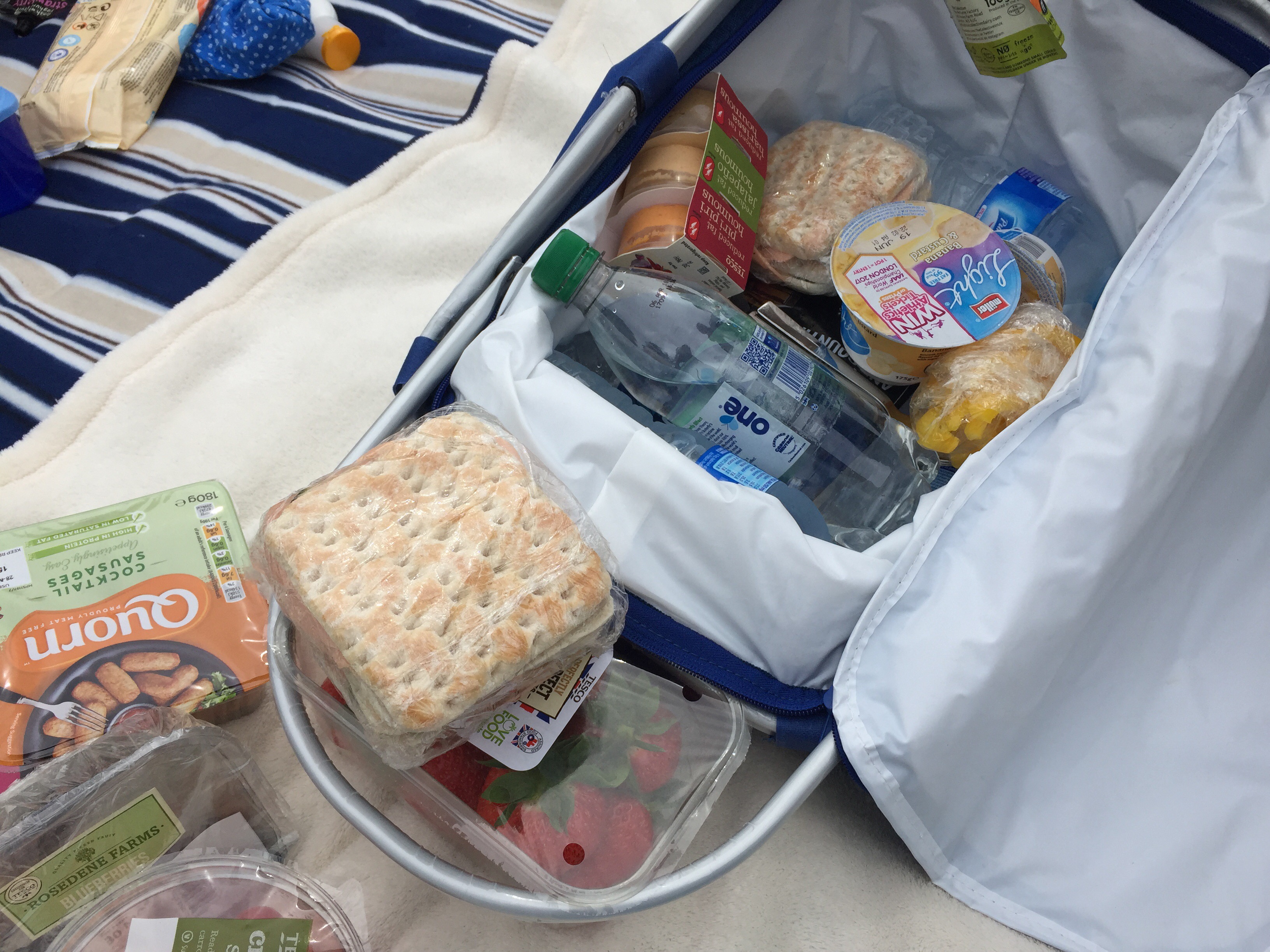 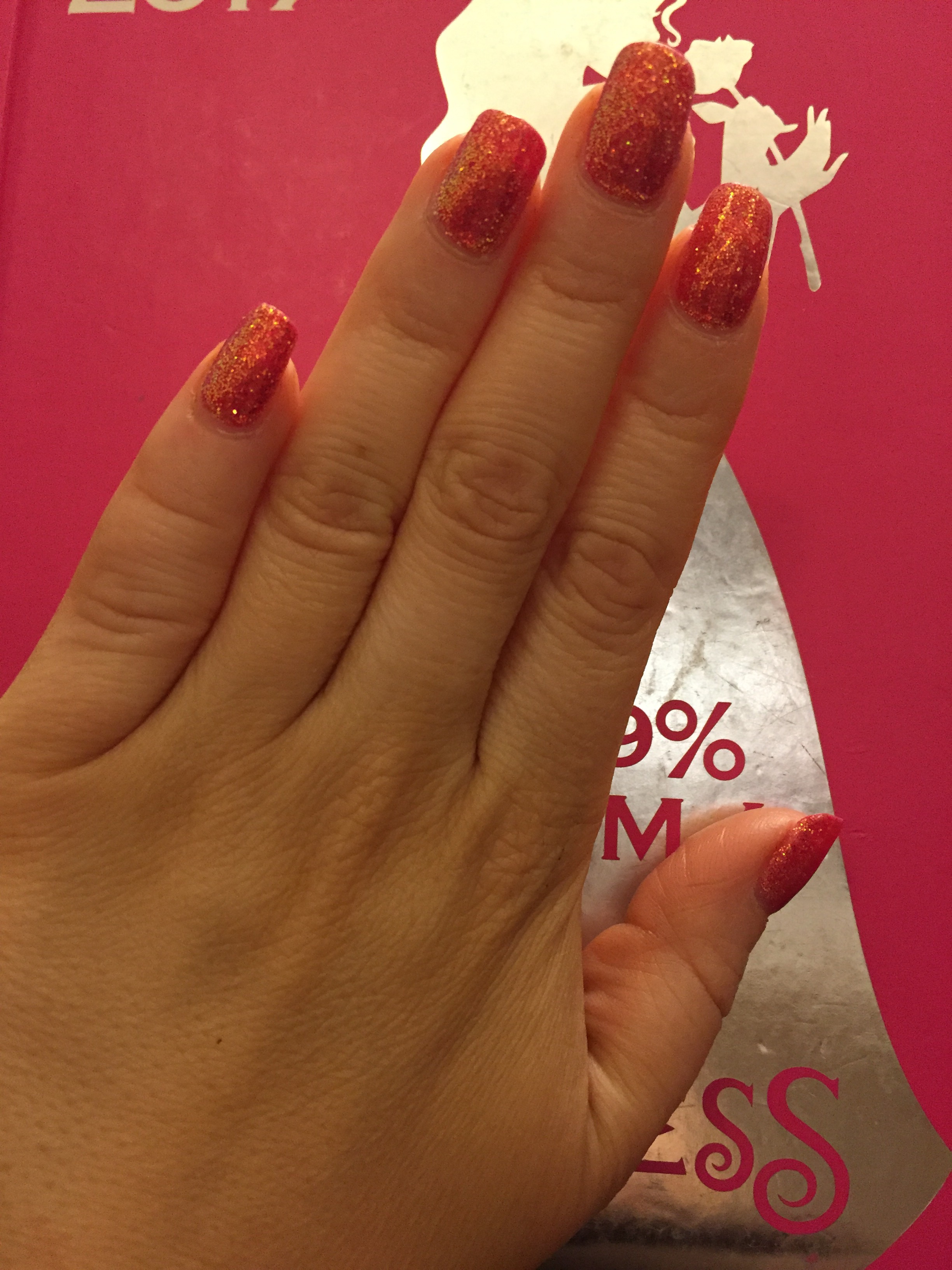 How gorgeous do my nails look!!!!

Luke and I went to watch Alien covenant (I don’t recommend that at all, as it was pretty boring) before heading to chimichanga for some dinner. 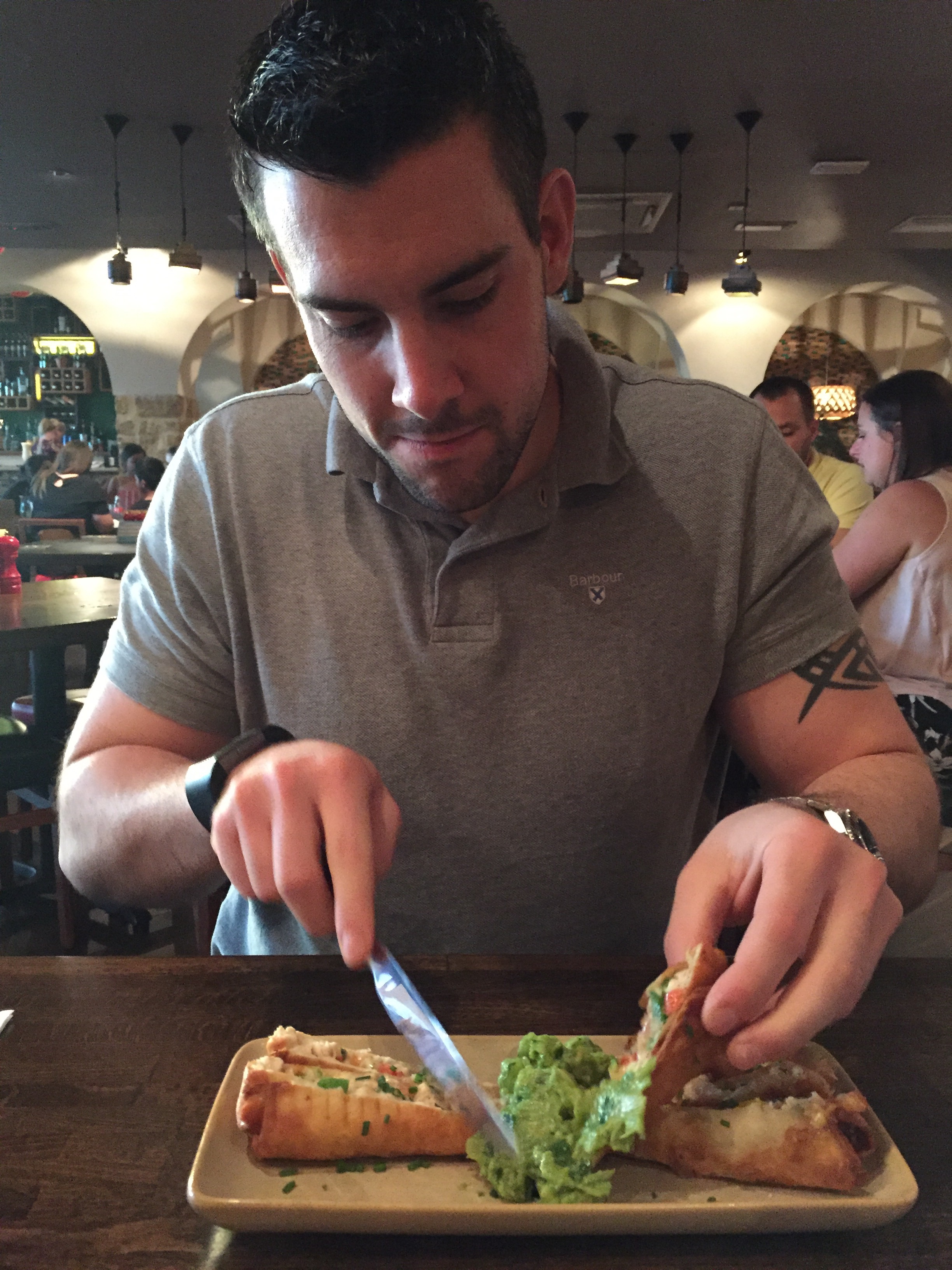 On the Sunday we also went to watch the new pirates of the Caribbean movie (which I do highly recommend, it was really good) and had dinner at pizza Express with Luke’s Mum and Dad.

Monday was for getting my car cleaned (it was filthy) and heading on over to the discovery centre for a bit of stroll. Before heading home for some lunch and spending a bit of time with the equally gorgeous Grace and Luke’s lovely sister Mel!!!

Oh and in between all that Luke and I have had some great long lay ins, and slept right through the thunder-storm that everyone’s been chatting about on Facebook today. 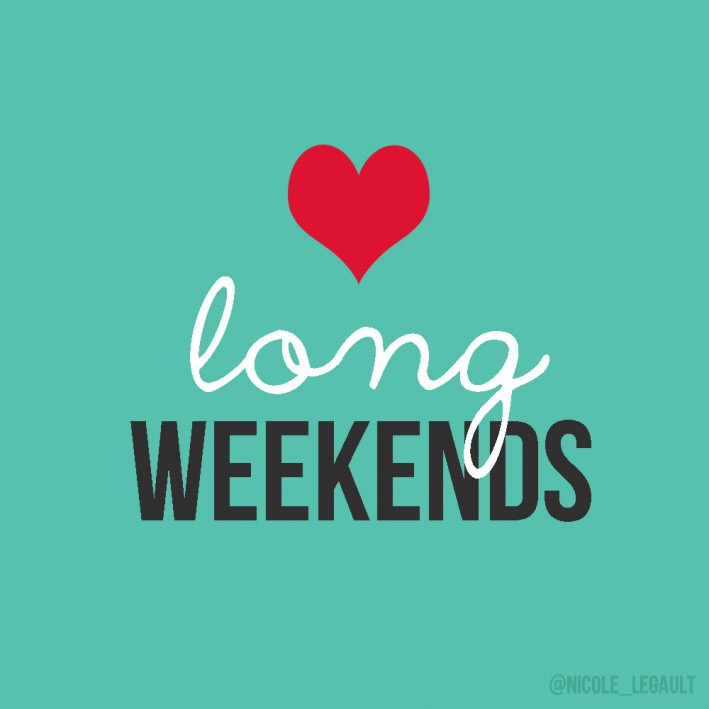 I love weekends (all weekends) but especially long weekends, spending my time with Luke and both of our families is extremely important to us both.

Now it’s Monday night and I’m spending the last few hours with Luke, before we head back to work tomorrow and I miss him. 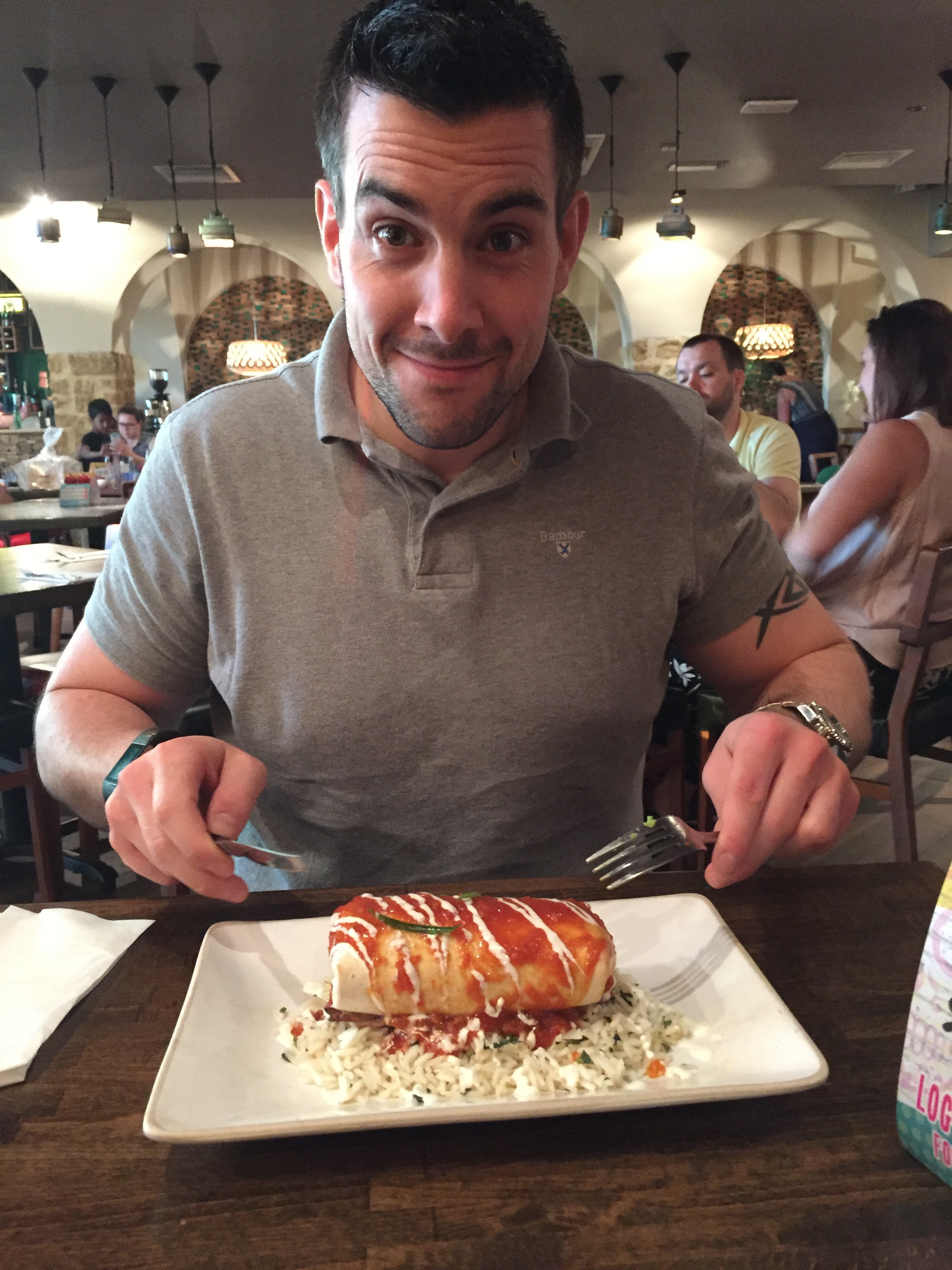