Sweat and tears! Lots of tears!! (My tough mudder journey) 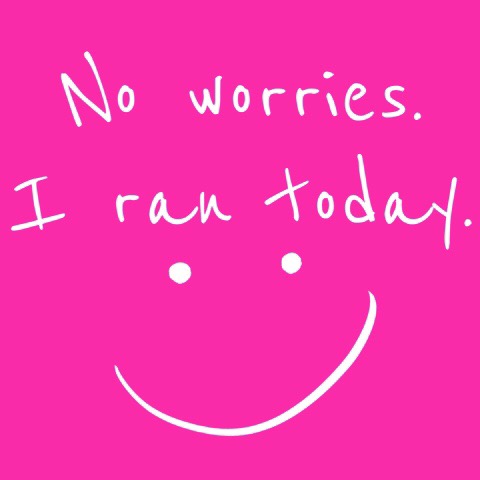 I must be doing something right because here I am still blogging about my Tough Mudder journey at week 16!!! 4 whole months since I started on this “life changing journey”….. I say life changing because it has changed my life, in the sense that I don’t seem to have one anymore, and the one I do have seems to centre around training and running!!

So I’m now thinking its been 4 months since  I started training, and I keep looking at my scales thinking “I really should step on those!”  And then I remember that despite Luke telling me to weigh myself back in January to monitor my progress, I ignored him, didn’t do it, and now 4 months in I am WISHING I had done!! I have no way of knowing my progression and it would have been great motivation if I could jump on the scales now and see a difference!!! When will I learn!!!…..

The thing is though I hate weighing myself, it’s so depressing, I actually haven’t done so for well over a year actually as it goes. But I’ve decided it’s time to brave the scales…. I just need to work up the nerve to actually step on them!! I keep putting it off, but really I need to know if I’m going in the right direction, or if I need to change something. Come on Lisa, time to dust off those scales!!!….

The other thing I’ve been thinking about more recently (the other night to be exact) is that really nothing is going to prepare me for this tough mudder. As in I can run everyday and crank up the miles but when it comes down to it NOTHING can prepare me for the obstacles. And if I’m being completely honest, they are what I am dreading the most. Okay so the course is 12 miles, well I know I can run over a mile now in one go, and obviously when you arrive at each obstacle you can stop for a breather. So that’s not really a problem (alright it’s not ideal) but between running/jogging and power walking I think I can do that. My real problem will be when I come face to face with, Everest, or the one where you get electrocuted…… or maybe even the one where you willingly plunge yourself into a a tank of ice water….. quite honestly I am pretty shit scared for these!!!

Monday, well I was still recovering from my cold as was feeling a 100%, so when I finished work I was more than happy to hide away in my PJ’s with a big mug of tea. But my sister had other ideas and insisted on going out for a run (a quick run). I wasn’t keen but with a little bit of encouragement I was ready and out the door. We didn’t want to go far so decided to do the mini loop, which would take us around 10 minutes (like I always say something is better than nothing). I remember back to January when my sister and I used to do this same loop and really struggle, but tonight we got round without stopping, it’s at time like this when I can see the progress, however small it is. I must admit I was glad when the 10 minute run was over and I could shower, eat and chill out!

Keeping it real (of course) Tuesday and  Wednesday were non productive nights, and even though I knew I should be out running, I decided that staying in the warm watching movies was my preferred choice, #nomotivation

Thursday, so close to the weekend, and also clubbercise night! And even though I love my classes, I must have been having a real off week, because for some unknown reason I was seriously lacking the motivation, which is so unlike me, especially on a Thursday night class!!!

Well I may have had an unproductive week so far, but I redeemed myself well and truly on Friday!

FRIDAY I COMPLETED MY FIRST 2 MILE RUN, NON STOP!!!! Yeah I definitely feel that’s worth mentioning in CAPITALS because I am so so proud of myself!!

It all started when Luke got home, we had already planned for a run, and I already had it in my head that I wanted to push myself further than I ever had before. So we started off on our usual lap, and I have to say I felt like my pace was more steady than before, and I tried hard to concentrate on my breathing and just listen to the music playing on my phone (trying to ignore the fact that I was running). I always do okay, until I get to the stupid slight incline, which tires me out and I really struggle with it! Nevertheless I did it, although I found it hard, Luke was waiting for me at the end giving me encouragement. The thing was I knew I had to do that incline again if I wanted to get my 2 miles done! (Horrendous thought). As I made my way round the 2nd loop of the circuit, my legs felt as though they were on fire!! Seriously I’m not even being dramatic they really really hurt!! I was really struggling but Luke was being super supportive, especially when I got to my worst part THE HILL!!! It was then that the tears came!!! Yes I sound dramatic and maybe I am a little, but I have never struggled so much, EVER!!

After the hill, things get slightly easier as it’s mainly downhill from there! By the time I made it home and saw Luke standing there waiting for me, I felt exhausted and had a few tears too, I checked my Nike app and to my absolute horror I HADN’T quite done 2 miles!!! Are you actually kidding me!!! Sweat and tears and I hadn’t hit the 2 mile mark!! Okay weighing up my options I could either end it here and be happy with doing the 1.88 miles or I could push my self on and do that little bit extra and hit my FIRST EVER 2 MILE RUN!!!……  before I could change my mind I turned around and headed towards the end of drive and off I went!!! Okay yes the pace was slow and yes with every footstep I shed a little tear but my god when I hit that 2 mile mark I have to say that I had never felt prouder of myself!!!! Luke was equally proud of me and was really impressed with my progress!! I mean that is definite progress!!!! Not even I can deny that!!!

So I guess you could say that the week had started off slow, and the workouts hadn’t been consistent…. but I don’t care, because I achieved something that to me IS a big deal, and that I have now completed my first 2 mile run (NON STOP) onwards and upwards is what I say!!! Let’s get working towards the 3 mile mark!!!!