What am I doing! (My tough mudder journey) 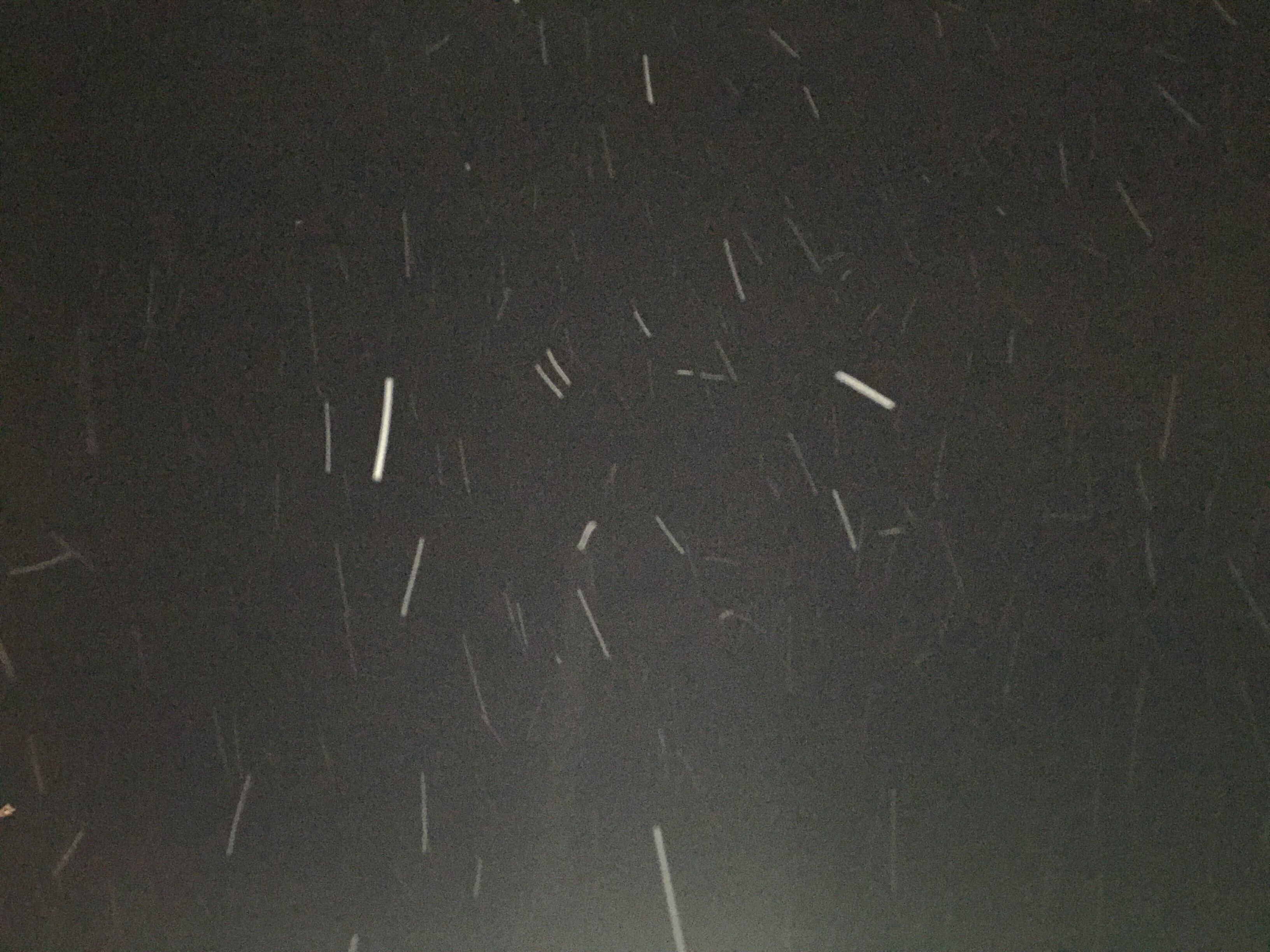 Week 6!!! I can’t believe it’s week 6! I thought I might be some kind of athlete by now, but clearly not I’m still struggling! Should it not be getting easier? I mean Have I seen any improvement? A little bit but definitely not as much as I would have liked seeing as I am putting in the effort! Am I enjoying it? No absolutely not! Do I ask my self why I ever signed up for a tough mudder? Everyday!

In fact I even text my other 1st time tough mudder buddy Teressa during the week, and her asked her the same question…. what are we doing! It’s refreshing to know that she also is feeling the same way I do, despite putting in the effort to train.

Just a few texts between Teresa and myself

Self pity over and done with!

Okay so I started the week off badly as I forgot to book my sister and I onto Monday nights clubbercise class! (what an idiot) and when I did remember they were all ready fully booked! Obviously it’s at this point I should have got on my running gear and headed out, but I didn’t! I didn’t want to, I couldn’t be bothered with it and I had other things to do….. not the best attitude in the world to have I suppose.

Tuesday I was more organised, although I wasn’t feeling anymore motivated about doing my couch to 5k app! Tonight I was in for a nice (obviously said with sarcasm) 10 minute run x 2 with a 3 minute walk in between. Okay 10 minutes, so that’s roughly 3 songs on my iPod, give or take, thank god I now have running music to help me along the way. So of course I started with the standard 5 minute warm up before hitting the first 10 minute hurdle, at the first 10 minute mark avicii had just started playing (waiting for love) good song to start off too I thought. I started off at a pretty good pace, pretty focused, consentrated on the music more than the run and kept going, it was tough and during the last 5 minutes I slowed to down (a lot) nevertheless I didn’t stop and carried on until I heard the sweetest sound of the beep and the voice telling me to walk (music to my ears). The 3 minute in between walk seemed to last for only a minute and then I was straight back into the final 10 minute run. Right from the word go I was struggling, my pace was slow and my breathing wasn’t regulated, I could also feel a stitch coming on! (Going to cry right about now!?) I battled on through and was so happy when I heard the voice on the app tell me I was almost there!…. well she lied because I wasn’t almost there at all, I pulled my phone out to check and I still had 2 minutes 55 seconds to go! When someone tells me I’m almost there I automatically think final countdown not just under 3 minutes (fuming!). Eventually the torture (what a drama queen I am) ended and I was finally on the home stretch of the 5 minute cool down. Now seeing as I was up in the playing field and there is also an adventure playground up there…. with a climbing frame which has a set in monkey bars….. well I know that one of the tough mudder obstacles are a set of monkey bars, so seeing as there was no one else around I thought I’d give them a go, I did use to be pretty good at these as a child! Well not anymore I’m not, it’s really difficult! I managed to hold on with both hands then move one hand to the next bar before I dropped to the ground! Not the result I was hoping for, but it could’ve been that I was tired out from the run and had I not of been running I would have flown over those monkey bars and………. yeah okay who am I kidding, I suck basically!! ? calorie burn not too bad.

So now it’s Wednesday, I wanted to get out as early as I could so I could chill out a bit after. I got home and changed in record time and was out the door by 6.15pm (go me). I knew what the app had in store for me as I had checked earlier on in the day, but I was slightly confident that I could do it.

I just want to take time out to talk about this app (again) okay so I think it moves you on to quickly, I wanted ideally a few days to get used to the 10 minutes of running before adding another 5 minutes. Now I know it is only 5 more minutes, like what is 5 minutes, what difference will it make…. well it makes a world of difference when you already struggle doing something! I think it would have been far better to do 2 or 3 of the same runs in a week.  Of course that is just my honest opinion, and everyone’s different and it probably is easier for some, than it is for others.

Well there’s no real point in padding this out, basically I found this 15 minute run extremely difficult! I even stopped (albeit briefly) but I stopped for a few seconds because my legs felt like they had lead weights strapped to them! What a struggle!! I continued and managed to finish the run, but I can safely say it was the hardest run to date. I felt quite deflated with myself for stopping ? and decided that there was no point with moving onto the next run on the app (which is a full non stop 20 minute run) I’m definitely not ready for that, and seeing as I struggled so much I have decided to stay on the 15 minute run until I’m not practically on the floor at the end of it (hoping that day is not too far away)

I was raring to go on Thursday night for clubbercise especially as I had missed Mondays class! I literally worked my little butt off to make up for it too, although I was a little disappointed with my calorie burn, like why is it so low when I’ve worked so hard?? ? still any calorie burn is better than nothing I suppose, but my sister is burning is at least 400 calories plus! ?

Finally it’s Friday!!! Bliss, weekend is finally here! Luke is very insistent that we run tonight, I on the other hand are not keen because tonight it is 1 degree outside, it’s snowing! (Okay well it’s more like a blizzard…. but my point is there is still white stuff falling out of the sky!) and I am not feeling 100%, bit of a head ache, soar throat and ear ache ? the last thing I want to do is run!

Okay Luke is really keen for this run, so I very reluctantly get my self ready. It’s still snowing when we get to the field, this is the coldest weather I’ve run in to date. Seriously surely I deserve some credit for my dedication I mean here I am 1 degrees in the snow and I’m running! It’s so cold it actually stings, who actually thought any kind of Lycra material was suitable for cold weather running? I can feel the cold through my clothes!!….

Snow on the ground

So as I mentioned I was going to be sticking with the previous nights run …… which was 1x 15 minute run with a 3 minute walk in between then 1x 5 minute run, I need to nail this before I can move onto to the 20 minute non stop run. As Luke runs a little quicker than I do he goes off ahead whilst I stick to my own little circuit. I knew I had to get my head in the game and stop worrying about how cold it was, so I could get through this 15 minute run without stopping (the 5 minute run isn’t a problem). I had some good tunes playing on the iPod and started off at a comfortable pace, of course the comfortable pace only lasted for a song (if that) by the time little mix started playing (second song) I was struggling…. and I did at one point slow down to a walk, again albeit briefly but nevertheless it was a walk. In my defence this was because I thought (I didn’t) but I though I saw something by the swings as I was heading towards them…. my eyes were definitely playing tricks on me as there was no-one there! (Such an idiot). It was great being out with luke as every time he passed me he’d give me encouraging shout outs, or a high 5. I literally did a jump in the air when the 15 minutes were over, I was so happy! I found it only slightly easier than Wednesday’s run so I’ve decided to stay with the 15 minute one next week instead of moving on.

I was so glad when Friday nights run was done! And we could finally start our weekend, determination is the only thing getting me through this, I want to be able to complete just one tough mudder and make myself proud.

No runs or gym sessions planned for this weekend (cue happy face?)

Myself and Luke have plans!!!…. separate blog coming soon about those ??

In the meantime you know the score, like, comment, and you can now subscribe to get email notifications of my blogs, the link is on my blog page.

Thanks all for reading