London is always a good idea. 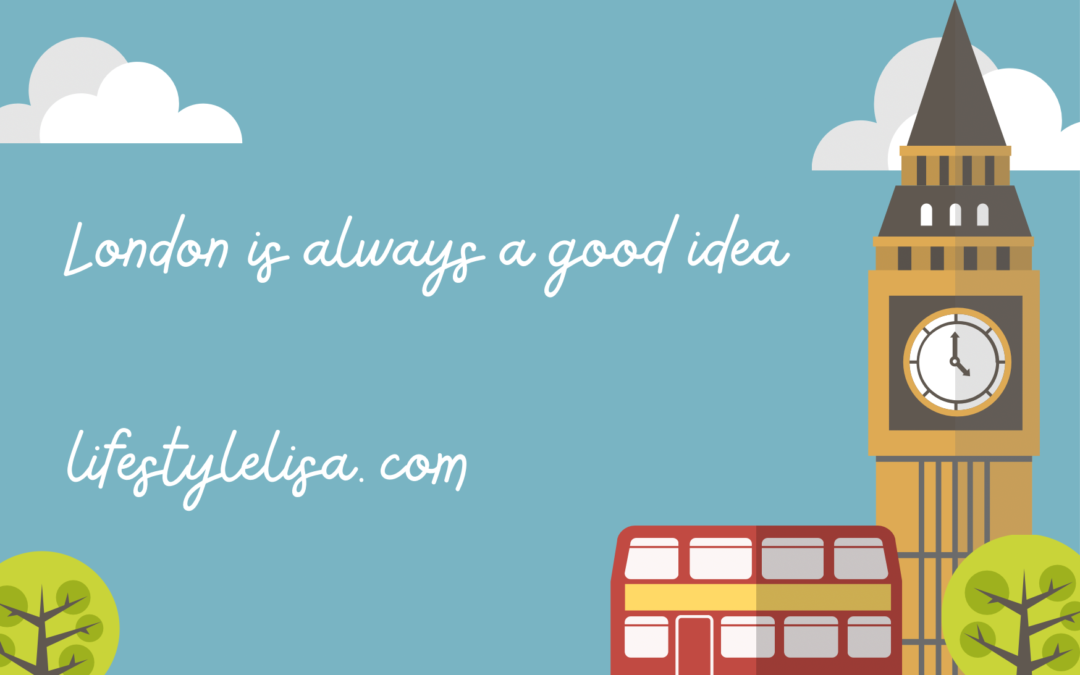 I’ll firstly start this post by saying I am a good week late getting it written up. So it’s kind of a let’s rewind back to Saturday July 23rd, and my trip to London.

I LOVE London, I love the hustle & bustle, the diversity, the quirky vibes & of course the sites.

In London everyone is different, and that means anyone can fit in, and I love that.

Alarm set for 07.30am on a SATURDAY! Seriously a Saturday wake up call WHAT! I like to usually reserve weekends for lay-in’s, but not today, as I was heading into London! So early am wake up call it was!

First on the agenda – shower! A hot, hot shower, and hair wash. It’s kind of a good way to start any day.

It’s like I say – Wake up and makeup, and that’s exactly what I did next. Never fully complete without my makeup applied.

Makeup applied, time for breakfast, and call it boring all you want, but for me it has to be porridge with almond (or coconut) milk. Oh and let’s not forget the cup of tea I HAVE to have a cup of tea!

Breakfast done, it was time to get ready! And for my London trip I decided to wear a jumpsuit purchased from asos. It’s definitely a recycled item of clothing as I purchased this jump back in 2018! But it’s cute, comfy and really cool (not like I’m cool) but the material is literally so thin that it’s perfect to wear when it’s hot! Whilst clothes and shoes are usually from asos or boohoo or something similar, bags are always designer. I just have a thing for designer bags, so took the Gucci with me on my trip to London.

Yes there is ALWAYS time for a Starbucks! Almond milk coffee frappe!!! Thank you!

Parking up in Stratford (at Luke’s work) it was then off to the underground! I love travelling on the underground with Luke as he seems to know it like the back of his hand! I mean honestly I look at an underground map and am instantly lost!

Wait, we took 2 selfies? Clearly I wasn’t content with just taking one!

So Be at one had a 2 for one offer on cocktails and we had time to spare, so I took 2 of the mango slushy cocktails. Hey it didn’t rock my world, but it was certainly refreshing in the London heat!

Whilst sitting there sipping cocktails (such sophistication) Luke (with his eagle eye) had spotted a few people enjoying what looked like really (really) delicious ice cream. A quick Google later (by Luke) we finished our cocktails and made our way to 30 great windmill street where we found Bilmonte. I mean I knew the ice cream was going to be great as there was a queue going out of the door! And it certainly didn’t disappoint, it was DELICIOUS, and I highly recommend.

Wanting to walk off the ice cream, because I know my limitations, and I definitely crossed the line with this bad boy (no regrets, no regrets, no regrets) We made our way to China town, and found a shop where I could stock up on mouchi’s and tapioca pearls. And then walking on a bit further I found wholefoods, which my sister had told me about. Of course I had to go in and see what else I could pick up! And they had so much flour!! And I love different flour (oat, almond, coconut) so I was in my element!

FINALLY it was time – this is what we came to London for, Moulin Rouge! I had been waiting since January to watch this, so you can imagine how excited I was that the day was finally here! The show was insane, it was brilliant, dazzling, all singing all dancing and it was just pure perfection! I mean I am a massive Bat out of hell the musical fan, but I’ll tell you it’s very close between the 2 shows and which one is my favourite. Being a lover of musicals I have come to realise (only since becoming a Bat fan) that each musical/Westend show has their very own dedicated group of super fans, who will watch the show over and over, sometimes more than once a week. I mean I remember thinking I was a dedicated Bat out hell fan because I had seen it 7 times, but nope that would be the lady who sat in front of me when I last saw the show back in January who had watched the show 30 something times! I mean WOW that’s dedication and I applaud her! So I wasn’t actually surprised when I over heard a loud conversation between a mother and daughter about this being their 10th time watching the show! I mean they obviously wanted to announce it as they said it quite loud, but I couldn’t be too annoyed as the daughter had earlier commented on the jumpsuit I was wearing and how much she liked it! I even let it slide when she called it a playsuit, and didn’t correct her. Also as with most musicals the dedicated fans do like to dress for the occasion, so I did see some corsets, a lot of red and black and some feather boers. Well good for them!

Amazing show finished (sad face, I didn’t want it to end) It was now time make our way back to Stratford car park. That is actually the thing I dislike the most about having a fun, fabulous day out in London is the journey across London when you’re tired and you’re feet hurt. Luckily the underground was fairly quiet and I managed to get a seat (winning at life) then Luke saved the day and got us an Uber from Westfield’s back to the car park (he’s a keeper for sure!)

A 40 minute car journey later and I was home and so ready for bed. Alarm off, I was looking forward to sleep and a lazy lay in.