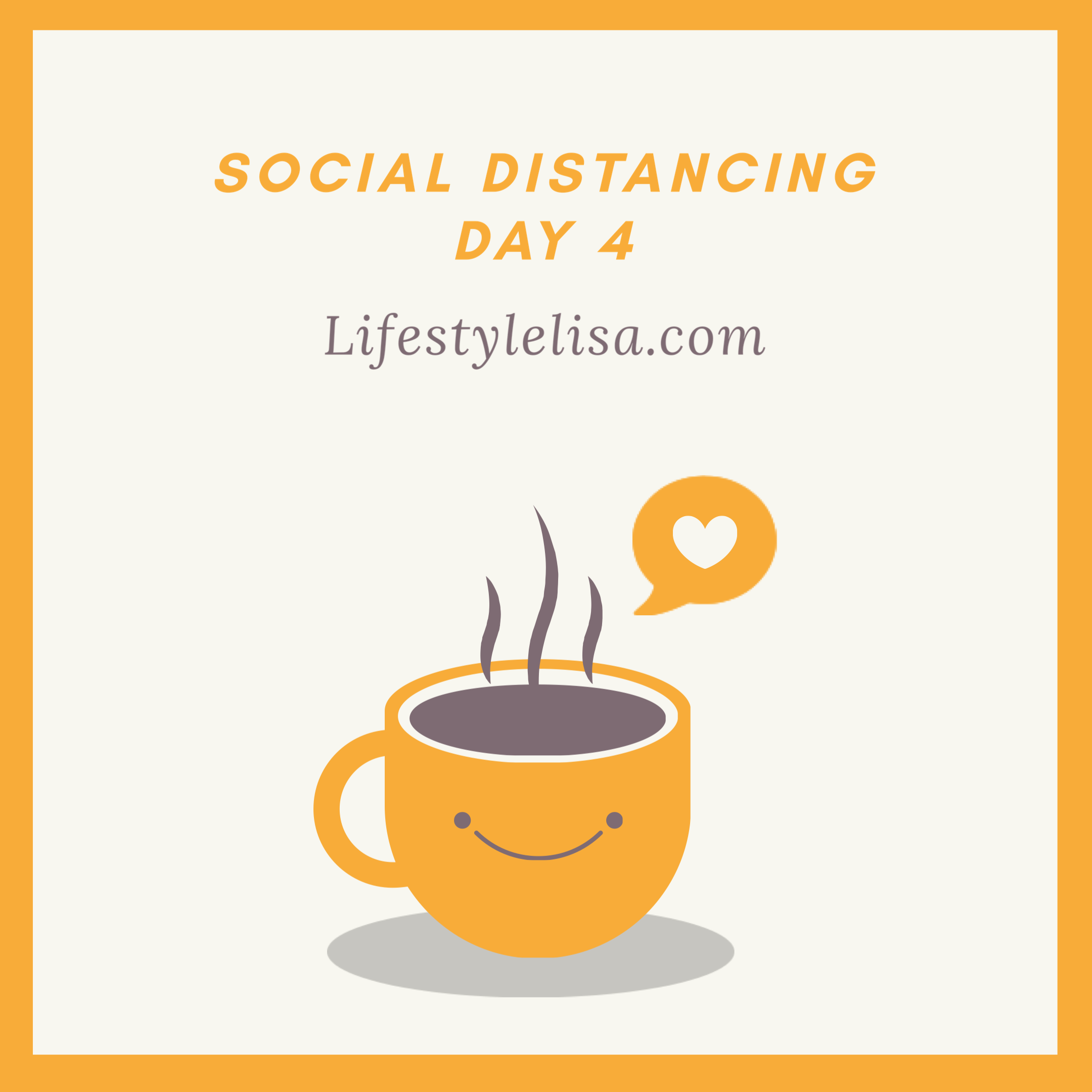 Day 4 – Is it nearly the weekend yet? I mean that is what I would usually be asking right about now, in fact I would be counting down to the weekend and the sweet sweet lay-in I would get. BUT seeing as everyday is now turning into lay in day, the weekends are kind of just another day!

So let’s see, started my morning at 8am when I got up with Hunter, it was then porridge and cup of tea time, followed by shower and dress, in my work out gear of course. Actually it kind of takes me back to my dancing days when I would walk around the house in my leotard and dance leggings because you know, I thought it looked super cool! So now I’m just spending my days in work out clothes so at least to the outside world I look like one of those healthy keep fit people ?

Hunter is super tired today, really he has less motivation than even I do, he just wants cuddles today, which FYI I am totally down for. He’s busy grunting and groaning for me to sit down so he can curl up in my lap and sleep!

In between cuddles this morning, I have cleaned the kitchen, to be fair it wasn’t actually dirty, but it’s now pretty sparkly and well sanitised, and did a little polish of the downstairs, again I only did that on Monday, but when you are limited on what to do – CLEAN!

Whilst eating breakfast Luke and I did a fruit and veg order from our local green grocer which is coming on Monday. However trying to get a food delivery slot is well – actually IMPOSSIBLE! I’m not kidding either, Luke and I do weekly shops and have a Tesco delivery slot booked for the 4th April, but trying to get any slot between now and then, well like I said IMPOSSIBLE! We tried everywhere, Tesco, Sainsbury, ASDA, Morrison’s, M&S, Waitrose, Ocado! I mean there are no slots! And actually that’s okay, as Luke and I can go out, but I’m thinking about anyone who can’t get out, the vulnerable ones, the ones who really need the home delivery slots and can’t get anything.

I really do need to brave the outside world at some point not only for “essential” food bits BUT also for DRY SHAMPOO! I mean is that considered an essential item? ? I’ve never been without it and although it’s not the end of the world in the grand scheme of things, I really would like some (says the self centred part of me, but I am only human after all)

Smoothie’s have became a regular part of my day since social distancing lockdown began, but my ingredients until shopping day are running somewhat on the low side! so today I made exactly the same one that I made yesterday (with the few ingredients I have left)- Frozen pineapple, cherries, cup of cashew milk, teaspoon of peanut butter, and ice cubes! Seriously it’s a winner!!

The weather here in Essex is really gorgeous at the moment, typical when you are limited to one walk a day! Today we decided on a late afternoon walk for Hunter instead of early evening, I must admit that going out for a walk is my favourite part of the day and I really look forward to it. Again the walk lasted for around 20/30 minutes and again I did a mixture of walking and jogging! Hunter actually enjoys mixing it up a bit between walking and jogging too and I am also really getting into it! Maybe I’m turning a page here and will take this up for good when all this over!!

We saw a couple of “walkers” which is now the term I use for anyone that we see out on a walk, because this whole thing kind of reminds me of The walking dead, and as soon as I see any “walkers” I’m like WOW stay back DO NOT come any closer, AVOID, AVOID, AVOID!!?? Which is of course mental seeing as we are more often than not a pretty social nation! Hunter attracts a lot of attention too but he can’t go near anyone even though he would love too!

Returning home from the walk, and I did a few social media bits – like post my throwback photo which today was of me in Cork Ireland ?? back in 2013. A truly beautiful place, and somewhere I hope to return back to in the not so distance future. I only had a short weekend in Cork, but it was long enough to do some site seeing, get VERY drunk on whiskey chasers and Guinness and eat my body weight in seafood chowder!!

I also did a few more social media bits for the George Inn (my uncles pub in Shalford) and then watched Escape room on sky, which I’ve seen before but is a pretty good horror movie to be fair and worth a watch.

For dinner I made lovely fresh salad and grated some cheese in there too and finished off with some balsamic vinegar. Luke had chilli and lime chicken and I finished off the final seafood in the fridge. AND we we made sure we were done before 8pm so the we could give our NHS staff a cheer, we did it from our upstairs window as we are on the front of the estate and couldn’t see anyone else. So doing it from the landing window we were more involved.

Finished off my semi productive day by watching the intruder (a film on sky) little predictable but not a bad watch, drinking a low fat hot chocolate AND…… OH YES, FALLING ASLEEP ON THE SOFA!! It’s the new me!!!

Before I go, if anyone has any smoothie recipes PLEASE drop me a comment!!