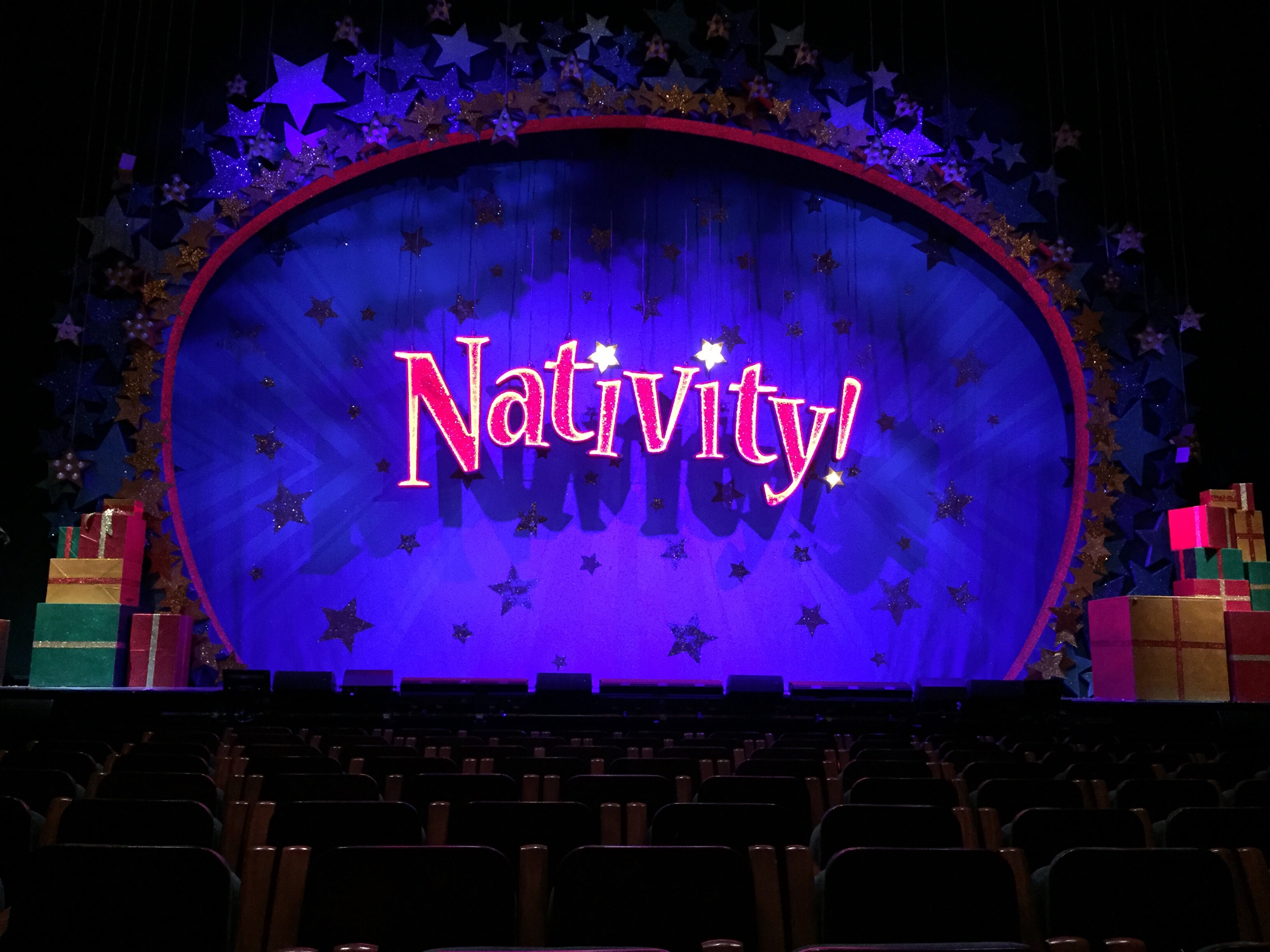 Every Christmas my boyfriend and I try to think of something really festive that we can do together. For a few years it was winter wonderland but we got a bit bored with that after a while, then we tried finding some lovely Christmas markets in and around the county of Essex, but found that most of these are on in November!

My sister is a massive fan of the film Nativity, she actually was the one who introduced me to it. 4 years after it first come out I finally decided to give it a chance and watch it! It was one of those films that I didn’t think would appeal to me, I was more of a Love Actually kind of girl! Well obviously once I watched the film it soon became one of my favourite Christmas films and I now like to watch it at least 4 times during the month of December!

This year I couldn’t believe it when my sister told me Nativity! the musical was coming to London for a short run over the festive season, I just HAD to see it!!

Luke and I got tickets for the evening performance on the 16th of December, my sister had been a few days before to see it and loved every second of it!!

I must admit I did wonder how it would come across on the stage, and was a bit worried that I might come away disappointed.

That clearly never happened! from start to finish I was laughing, I had actual tears from laughing so hard! The cast were fabulous and I think they must have studied the film Nativity! for hours on end to perfect there characters because they were spot on!!

The kids in the show were also amazing, definitely future stars of the West end,  the casting was so on point, that I really forgot it was a stage show, because it could have very well been the film!

The whole show was brilliant, and as well as crying with laughter, I also had a few tears towards the end because the ending was just so good!!

To date this is the most festive thing Luke and I have done over the Christmas period, I’m not sure that can be topped!!

Christmas may be over but you can still book tickets ??HERE!!!!!!