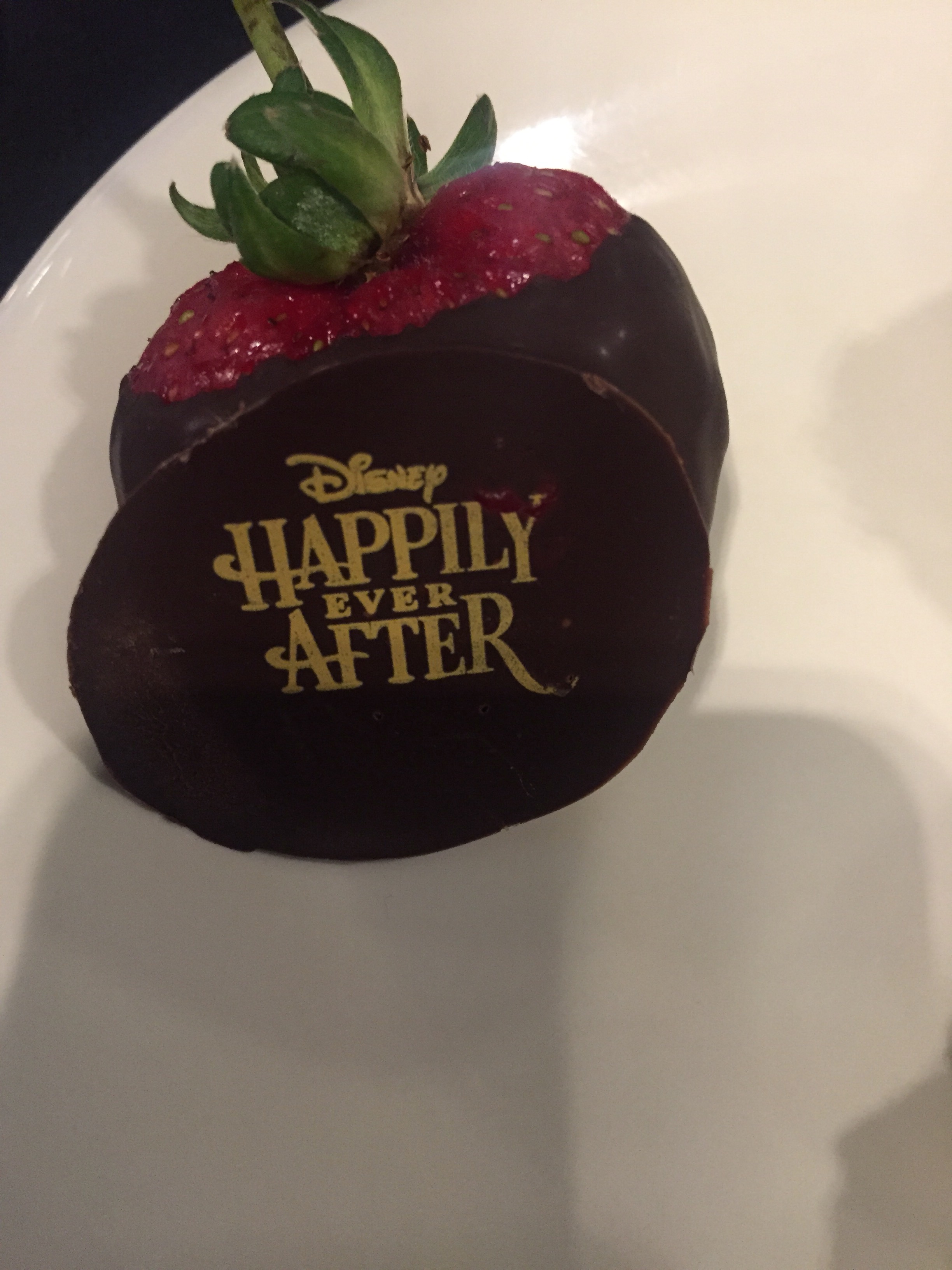 What is Happily ever after?

This is really your grand finale of the day, it’s the newest and certainly most spectacular (in my opinion) 18 minute fireworks laser and light display which sees Cinderella’s castle transform like never before! It takes place every night (unless stated otherwise) at 8 or 9pm.

Things to know before you go!

Be sure to check the Times Guide at Magic Kingdom park for the schedule and showtimes. This is an outdoor show and subject to cancellation due to inclement weather. Showtimes are subject to change.

About the Happily ever dessert party

At each showing of happily ever after you are able to book tickets for either the plaza garden or the Tomorrowland terrace for the dessert party that will take place before the main show at 8 or 9pm. This was booked 180 days prior to our trip and cost $59 pp including tax (this had to also be paid for at the time of booking). Once checked in and seated at your table you have a wide selection of yummy sweet treats such as

As well as fresh fruit, cheeses and other mini delights!

All drinks are also included, you can choose from tea, coffee, sparkling cider, lemonade and soft drinks.

The best thing about all this is that YOU CAN GO UP TO THE BUFFET AS MANY TIMES AS YOU WANT!!!! I felt like that needed to be in capitals!

Once you are finished sampling the yummy treats a cast member will take you over to the plaza garden viewing area where you will remain to watch Happily Ever After.

Luke and I had decided that since we had both never done anything like this and it would also be both of first times watching Happily Ever After we would try one of the dessert packages. We went for the plaza garden viewing option as when we did some research this option seemed to come out overall with the best reviews.

Although the dessert party didn’t open until 7.30pm we were told by a cast member (and stated online) to get there 75 minutes prior to opening time (this in fact really was not necessary as we found that no one else turned up until at least 7pm, and you could also not book yourself in any earlier). Once we were checked in a cast member showed us around the buffet cart and explained what every was, told us that we could go up as many times as we liked and then showed us to our seat. I do need to point out at this stage that it really doesn’t matter where you are seated as you will not stay here to watch the main show. Our cast member who showed us around (and who’s name I didn’t catch) was very nice and friendly and told us that we really should eat as much as we could and get down to the garden viewing area as quick as we could so that we could get a good spot. Okay great tip, but alarm bells were ringing! I kinda thought it was a given that we would be able to see the show because after all wasn’t that what we were paying our money for? Luke and I were now really mindful of eating fast and getting down to the garden. I would say that this fact really made it less enjoyable as I was watching other tables to see how quickly they were eating! I have to say I saw a couple finish in about 15 minutes!! We only made one trip up to the buffet cart and only had two drinks each. By the time we left there were plenty of others who had already finished up (but likewise there were others who were still waiting to checked in and seated). So we got taken in a group down to the garden viewing area (access by the wristband given to you upon check in only) once inside you can stake out a little spot and chill until the show!

I have to be honest and say that this isn’t a great spot to watch from as you can see you are quite a way back (there was no more 8 people in the viewing area when we arrived).

and once all areas get packed like they always do viewing is actually quite restricted.

There is a walkway in front of you and people will throughout the entire performance walk and stand in the way continuously, also you can see in the pictures that lighting columns and speakers obstruct the view there really wasn’t a position it’s the plaza viewing area to avoid this so beware.

A cast member will move them along but unfortunately that is also quite distracting.

I do actually find some people extremely rude throughout parades and shows as they have no thought for anyone except themselves.

I found this dessert party to be the least magical experience of my two weeks. Luke and I had both really looked forward to this but both felt really disappointed. Throughout my videos I took on my iPhone I have a cast member as well as normal park guests continuously walking up and down (the cast member I must add was really trying hard to keep everyone moving). Viewing was restricted here and even eating the desserts I felt very rushed as I knew we had to get to the garden viewing area quickly.

I speak for both Luke and myself when I say that this was definitely not worth the money. We returned to the Magic Kingdom one evening later on in our holiday purely to watch Happily Ever after, we arrived at 6pm for an 8pm viewing and got a great spot with the most amazing unspoiled view. I would urge anyone to do this, it really is one of the best displays I have seen! Definitely Disney at its best! Save your money and get there early!

If you have any questions or comments about the dessert party please leave me a comment and I will get back to you.