What happened at THE CABIN!…. 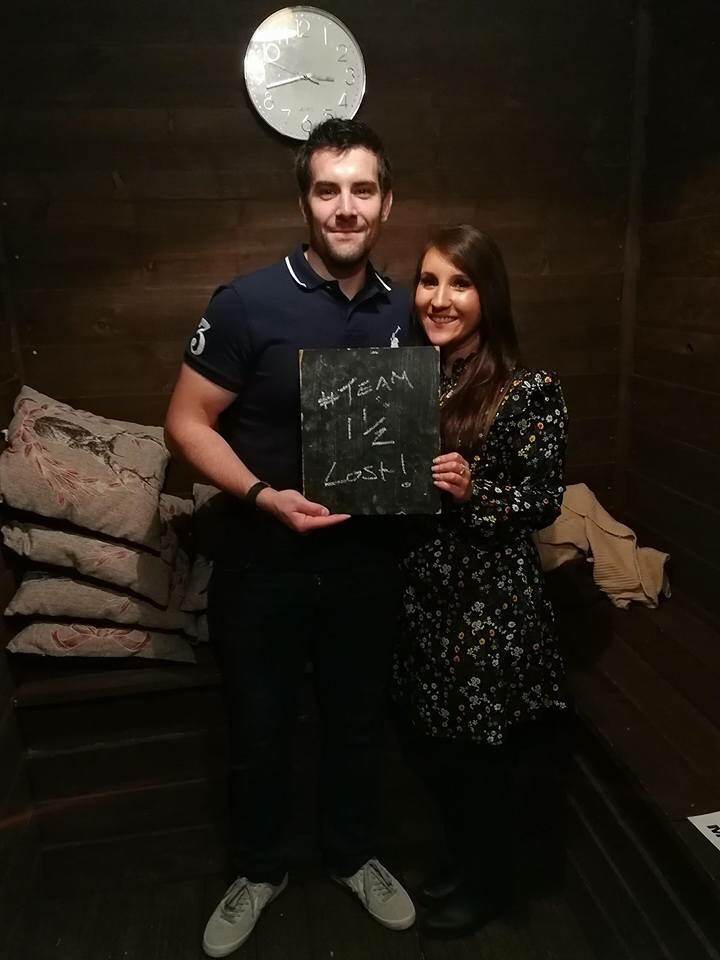 It was a stormy night, Luke and I were travelling home from a night out and had ended up taking a wrong turn. The rain was coming down so heavy it was hard to see anything. The petrol light was visible on the dashboard. I knew we were miles away from anywhere and soon we would have no petrol. Of course our mobiles didn’t work, we were on EE and O2 why would they work?! We were just about to give up hope when we saw it, a cabin, just a few yards ahead, we decided we would take shelter for the night and wait for the storm to pass

Little did we know what that cabin held…….

Okay in reality it was Saturday 21st of October when Luke and I took ourselves off to Southend to visit the Room escape lounge.

It was actually a birthday present from my sister, as she knows how much I love escape rooms and anything remotely spooky.

I must admit neither Luke or myself had done any research into this, partly because we didn’t want to spoil it for ourselves and partly because I actually kept forgetting that I had this booked, since everything had been slightly manic since getting back from Florida.

We were booked in for 1.30pm but on the email confirmation we were told to be there no later than 1.15pm so we could be briefed, and the rules explained to us.

The game is designed for up to 12 people, and there was meant to another 6 people joining us (who we didn’t know) but actually lucky for us they didn’t turn up which meant it was just Luke and I! To be fair it actually made it made it harder for us, I think the bigger the group the more chance you have of succeeding and escaping The Cabin.

Okay I’m going to try and give as much information as I can without giving anything away, the unknown is what makes it so intense and fun.

Firstly unlike the previous escape game which I did in London 2 years ago this one doesn’t confine you to one room, but you actually have 3 rooms that you can go back and forth too as required. We were told the back story of the cabin on our briefing and about the unidentified creature that stalks the cabin and the woods. It was now up too us to find the clues piece them together and banish the mysterious creature who was behind all the vanishings!

I am a huge horror fan and don’t scare at all easily, I have done ghost hunts and stayed overnight at various haunted locations and there is nothing more I like than a good fright night, which I usually do every year around Halloween. But taking part in this particular escape room was slightly more intense than anything I have done before, and in the beginning I felt a definite sense of uneasiness and seemed to glue myself to Luke!! Not like me at all!! I seemed to relax after a while but I definitely kept my wits about me.

From the outside the escape room is nothing more than what looks like a rundown shop, and I wasn’t sure I would enjoy it or how professional it would be. Don’t let that fool you though! Once I got into the room and got into the game and could hear the thunder and rain going on outside in the woods I have to admit that I had to keep reminding myself that it was only a game! And that I wasn’t really inside a cabin! I found everything very believable as did Luke!

Unfortunately Luke and I didn’t manage to solve the clues and we lost, but we had the most fun intense hour trying to piece it altogether! It definitely would have been easier with more team players as you could have all split up to cover the 3 rooms and then would have found the clues a lot quicker.

I will admit that in the beginning I wasn’t much of a help as I wouldn’t leave Luke’s side…. so we called ourselves Team 1 1/2……

I have to say the two members of staff who we met were great, and also very helpful.

I would recommend this to anyone, it’s so much fun, it’s intense and it only take an hour!!!!

Luke and I have both agreed that this was far better than the escape game we did in London.

We plan to return for the one they are doing at Christmas armed with a few more teammates!!

If you haven’t done so already check them out HERE!!