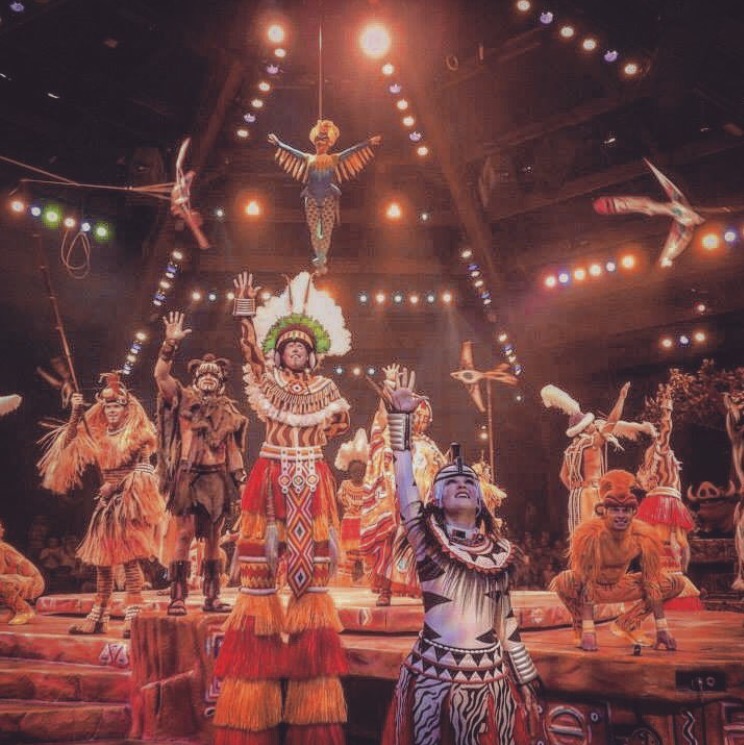 So here I am back with a brand new blog! This time I am going to be talking about quite possibly everything you need to know about Walt Disney worlds animal kingdom.

Let’s start with the stats!

Disney’s Animal Kingdom is a zoological theme park at Walt Disney World. It is the second-largest theme park in the world, covering 500 acres (wow best get your walking shoes on!) The park opened on Earth Day on April 22, 1998, and was the fourth theme park built at Walt Disney World. Just in case you were wondering what earth day was (as I wasn’t too sure, so I looked it up) it is an annual event, celebrated on April 22, on which day events worldwide are held to demonstrate support for environmental protection. It was first celebrated in 1970, and is now coordinated globally by the Earth Day Network and celebrated in more than 193 countries each year, so now you know! I thought it was pretty interesting.

Anyway moving on, the park is dedicated and themed entirely around the natural environment and animal conservation, a philosophy once pioneered by Walt Disney.

I first visited this park way back in 2005, I have to say that at the time this was my least favourite park and I wasn’t keen or even sure I would revisit on any future trips. Back on my 2005 visit, the park its self was still heavily under construction and not as built up as you will find it today, for example, expedition Everest was just some scaffolding and cranes! Not the amazing thrill ride that you see today.

Fast forward 10 years to my 2015 visit and I fell in love with animal kingdom, it is like stepping into Africa, not that I’ve ever been to Africa but I imagine it to have a similar vibe and feel.

One of my favourite places is the Harambe market with authentic cuisine on offer (so delicious) and live music and street performers and dancing, I love spending time walking through here and watching the delights on offer. I also love how everything here in this area looks completely well authentic!

The African village is also the namesake of the Harambe Wildlife Preserve, the fictional home of Africa’s main attraction, Kilimanjaro Safaris. A brilliant ride where you climb aboard an open-sided safari vehicle for an expedition to see numerous African animals freely roam through acres of savanna, rivers and rocky hills, including African wild dog, antelope, baboons, black rhinos, cheetahs, crocodiles, elephants, gazelles, giraffes, greater flamingos, hippopotami, lions, okapis, ostriches, spotted hyenas, warthogs, white rhinos, wildebeests, and zebras. Tip: plan your safari trip for either the morning or late afternoon/evening as the temperatures will be cooler meaning the animals will be more active!

Another fun thing to do is the Pangani Forest Exploration Trail, where you trek deep into the forest where animals such as black-and-white colobus monkeys, gerenuks, gorillas, hippos, Kenyan sand boas, kori bustards, meerkats, naked mole-rats, okapis, tarantulas, and yellow-backed duikers, as well as an aviary, are located, unfortunately, I didn’t get to do this last trip but it’s on my list for this year!

I can’t leave Africa without mentioning the festival of the lion king!!! Now shows at Walt Disney world are so professionally done that they would not look out of place on the west end or Broadway! I love all of the shows at the parks but IF I had to pick my favourite (and it is a difficult decision) but if I had to choose one then it would be festival of the lion king. This show for me from start to finish has me captivated, the vocals from the male and female singers are so on point and the scenery and dancers are just amazing! I don’t want to give too much away and spoil it but please you cannot go to Animal Kingdom and not see this show! It would be a crime!!

There are 4 other areas that make up Animal Kingdom, they are:

So for my past 2 visits here I have done this Park in a day, however, I personally think that you need more than a day here, this year I think I will possible allow myself 1 and a half days because there are still things that I haven’t managed to fit in, I don’t think you would necessarily need 2 whole days but to make sure you have it covered definitely a day and a half.

I think the key here once again is planning this park isn’t so much about the rides but more about the exciting hidden treks and safaris and of course the animals. There is a great little place called the affection section where you have hands-on experiences with  Goats, sheep, donkeys, cows and pigs! I love this place as I am a massive animal lover so being here is pretty much my idea of heaven! Last year Luke and I met the sweetest little goat called sassy! We (okay I) spent quite a while brushing her with the provided brushes, bliss!

I have just done a bit of research and dug up a bit of information about the conversation efforts of Disney as I did mention I was an animal lover and I’m sure there will be some that read this blog who maybe don’t for whatever reason agree with Animal Kingdom.

Conservation-As a zoological park, Disney’s Animal Kingdom is engaged in research and conservation efforts involving its animal species. Since the park’s opening in 1998, the resident elephant herd has produced seven calves, with births in 2003, 2004, 2005, 2008,2010,2011 and 2016. In 2008, the park’s giraffe herd produced four newborns, raising the total number of giraffe births since opening to eleven. In 1999, one of the park’s white rhinos gave birth to a female calf named Nande.In 2006, Nande and Hasani, another of the park’s rhinos, were transferred to Uganda’s Ziwa animal sanctuary, in the first attempt to re-introduce white rhinos to the country. Due to civil strife, the white rhinoceros had become extinct in the area. In June 2009, Nande gave birth to a male calf, the first such birth in Uganda in over 25 years. By January 2010, eight white rhinos had been born at Animal Kingdom since the park’s opening; the most recent was born to another Animal Kingdom-born mother.

I hope you found that as interesting as I did.

Well, I think I have just about covered all aspects of Animal Kingdom, I can’t wait until September and I’m back there again!. Next Wednesday I’ll be back talking about typhoon lagoon! Until then please comment, like, leave me feedback, or any questions give me a shout!

Until then that’s me littlemisskeepingitreal